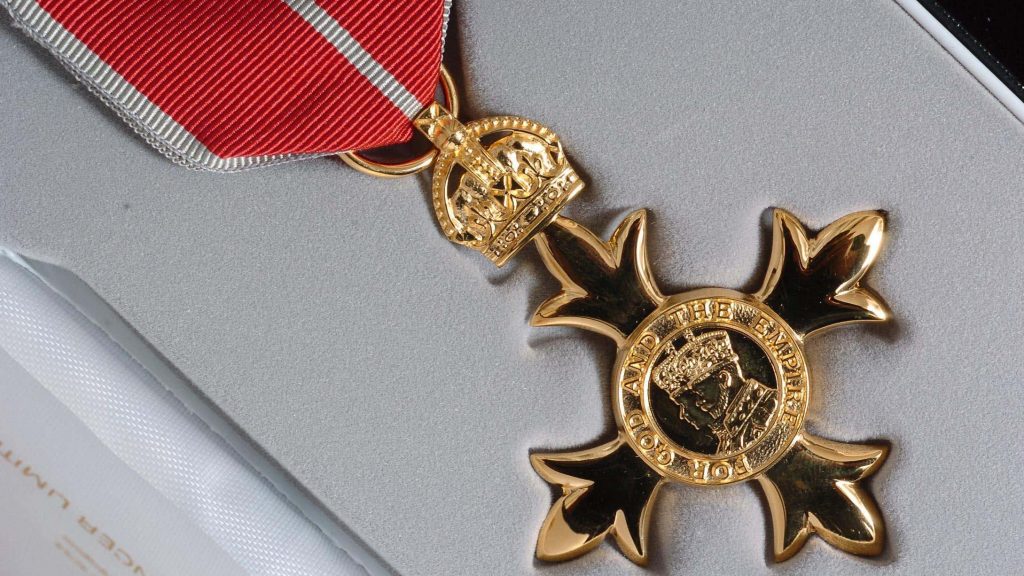 Almost one hundred honours recipients have backed a campaign calling for the government to replace “Empire” with “Excellence”. The proposed move is intended to sever the system’s link to Britain’s colonial past.

Previous honours recipients, including public figures from charities and civil society, are calling for a partial renaming of the system. This would be to make it an “inclusive source of recognition, celebration and patriotism”.

They’d like to see the wording changed for the Order of the British Empire. It covers the ranks of DBE, KBE, CBE, OBE, and MBE.

The #ExcellenceNotEmpire campaign has written to the government asking to consider its request for future recipients.

However, the Cabinet Office has said there are no plans to change the wording.

Organisers say their campaign is about recognising Britain’s colonial imperialist past and “acknowledging the harm and trauma it caused”.

Many would-be recipients have turned down honours because of their association with the empire and its history of slavery. They include poet Benjamin Zephaniah, who rejected an OBE in 2003.

New recipients will be announced on Friday 11 June as part of the Queen’s Birthday Honours list. And the campaign is urging them to add their support to the call.

Poppy Jaman is one of the campaign’s founders. She was made an OBE in 2018 for services to people with mental health issues.

References to the British Empire in romantic or nostalgic terms are offensive and deeply hurtful, particularly to those whose families and ancestors suffered.

Furthermore, using ‘empire’ within a national system for honouring integrity, achievement and excellence, is not right for our country any more.

A change from Empire to Excellence does not require anyone to change the letters after their name.

It could be done simply, quickly and would only enhance the value and impact of UK honours.

The act of this small change sends a powerful message that we as a nation are growing, we are inclusive, and we embrace change for good.

Fellow founder and Shelter chief executive Polly Neate was honoured with a CBE in 2019 for services to homeless people. She said:

The association between the honours system and the British Empire is an obstacle that prevents many people from accepting honours.

Having accepted mine, I have a responsibility to try to change that.

But it seems that the government has failed to recognise this obstacle. A Cabinet Office spokesperson said:

There has been considerable reform to the honours system in the last 25 years to ensure it is inclusive. There are no plans to change the name of the Order.

We are delighted to see significant improvements in the diversity of the honours system, with 15% of awards going to people from black and minority ethnic groups in the most recent list.

We will continue to work to further improve diversity in the system, including by working with communities who are under-represented in successive honours lists to encourage nominations.