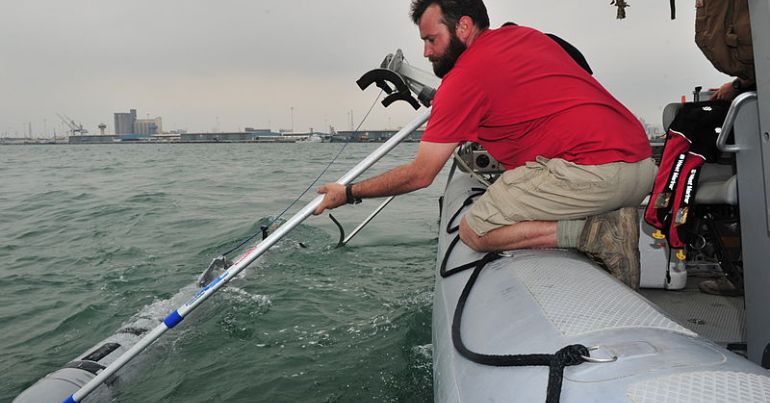 Arms firms could be in for a windfall in the wake of an underwater attack on a Russian pipeline. The defence media has reported that the Ministry of Defence (MOD) is preparing to pursue new underwater surveillance technology. The move follows mysterious leaks in the Baltic sea’s Nord Stream gas pipeline in September 2022, which some have claimed were a result of an attack.

The Nord Stream incident has seen a Royal Navy ship guarding critical underwater infrastructure in the North Sea amid fears of further sabotage.

Defense News, a military media outlet, has now reported that the tenders for new security equipment are being prepared. They reported on 16 November:

Britain plans to boost its undersea capabilities in the face of growing threats from Russia, with the Ministry of Defence preparing to release tender documents in the next few weeks aimed at purchasing a deep-water remotely operated vehicle.

And the estimated costs run into the millions:

The Defence Equipment and Support arm of the MoD is currently in the process acquiring the remotely operating vehicle in a program likely to cost the British £20 million, or $24 million.

The main effort seems to be the purchase of an underwater drone – a spokesperson for the MOD confirmed to Defense News that the search is underway.

Drones have come to prominence as airborne weapons. Some, such as the iconic Predator drone, have become synonymous with the wars in Iraq and Afghanistan. War crimes and clandestine military practices have also been a major feature of the rise of drone warfare.

Underwater drones are an emerging field. In 2020, the US and the arms firm Boeing developed an unmanned submersible with astonishing capabilities:

The 15.5-meter long Echo Voyager has a range of nearly 7,500 miles. It has also deployed at sea up to three months in a test, and theoretically could last as long as six months.

Supposedly, Voyager also can dive as deep as 3,350 meters—while few military submarines are (officially) certified for dives below 500 meters.

The British have also been developing underwater drones. The Royal Navy and Royal Marines carried out tests in July 2021.

Drones have long been connected with air warfare. However, the sea is also becoming a battlefield for unmanned systems – and arms makers are poised to cash in on this growing field.

As new regions of the earth become terrain in a global battlefield, more resources will be poured into initiatives which do nothing to solve the real security issues faced by humanity: capitalist crisis, authoritarianism, and climate change.