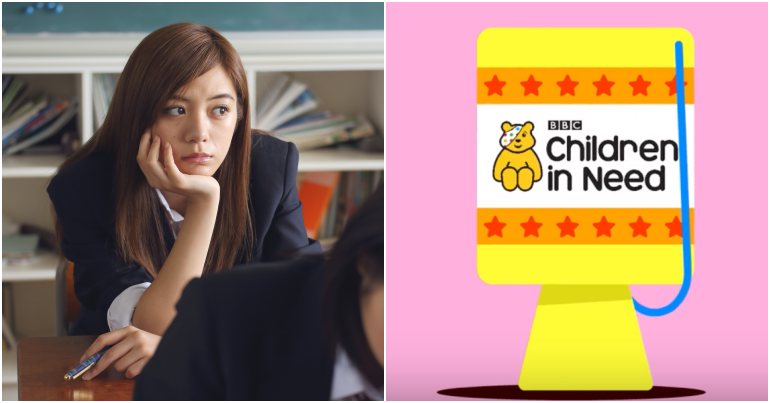 Several hopefuls in the Conservative leadership contest are promising more money for education. But what they’ve totally failed to acknowledge is the full extent of the UK education crisis. After nine years of Conservative-led austerity, schools are at breaking point.

A London primary school reached out to Children in Need for funding to support pupils. According to the Guardian, Downshall primary school in Ilford “has a large proportion of children from disadvantaged backgrounds”. 89% of these children also speak English as a second language. Budget cuts mean the school can’t pay for vital pastoral support workers. It also lost two reading support assistants and specialist PE staff. Headteacher Ian Bennett said:

We are looking to charities to fund the school. I’ve never done it before. To have no pastoral support is awful. To lose two reading support workers is criminal. These children are not going to get the support they need.

Downshall isn’t the only school in this position. In May, Mayespark primary school in Ilford received a £24,465 grant from Children In Need. This funding was to help pupils who miss out on “early nurturing experiences”.

positive and lasting difference to the lives of disadvantaged children and young people in the heart of local communities up and down the UK.

But it’s vital to remember that every penny of these schools grants has been donated by the public. And schools need this money to cover vital services for children as a direct result of government cutbacks.

A spokesperson for the Department for Education stated:

While we recognise that schools have faced budgeting challenges, school funding in England is at its highest ever level. Under the national funding formula, Downshall primary school has attracted 2.5% more funding per pupil this year, compared with 2017-18. This is equivalent to an extra £101 per pupil.

The education secretary has set out his determination to work with the sector to help schools ensure that every pound is spent as effectively as possible to give children a great education.”

It is a national scandal that our schools need to turn to charity to make sure they have the resources they need, after the Tories slashed their budgets for the first time in a generation.

Every candidate for the Conservative leadership should be committed to reversing the cuts they have inflicted on our schools, but instead they are planning to give away billions of pounds in tax cuts to high earners.

As Rayner also noted, Labour has promised to “reverse Tory cuts”  and to “increase per pupil funding in real terms”.

From September, Fulbourn primary school in Cambridgeshire will close early one day a week because of a “tough financial climate”. A letter sent out to parents said it understood the “significant impact on parents and carers”. But the letter also explained that the school had no choice because:

Schools are receiving significantly less money in their annual budgets from the government.

We have received no additional funding from government over the past 10 years. During this period, costs have risen significantly, resulting in real terms cut of around eight per cent since 2010.

The Department for Education, meanwhile, claimed that “funding for schools in Cambridgeshire has increased by 3.5 per cent per pupil, compared to 2017/18.”

Another school in Stockport made a similar decision in February. A single parent from Vale View primary school told Manchester Evening News:

I don’t blame the school, it’s the government’s fault.

A headteachers union warned that without a significant funding increase, more schools will be forced to close early. Geoff Barton, general secretary of the Association of School and College Leaders, said:

We have warned in the past that schools were considering closing early on at least one day a week because of the intense pressure on school budgets. Reports in the media indicate this has now come to pass… The government only has itself to blame.

“Cut to the bone”

In March, the Independent reported that one headteacher had “been forced to clean toilets and serve food in the canteen”. Barton said funding cuts have left schools “cut to the bone”. But the impact of Conservative cuts runs even deeper for children and parents.

According to TES, teachers have seen children rummaging in bins to find food. In a teacher survey, 88% said that they’d “noticed a rise in the number of pupils coming to their school hungry”. One said:

You ask what they had for their breakfast – sometimes they’ll say, ‘Mum didn’t have any food.’ Other times you just get that stare, and they don’t need to say it.

And although Tory leadership hopefuls may promise extra cash for schools, headteacher Michael Tidd asked “where that money will go” and said:

After years of telling us that there’s more money than ever going into schools, that we all need to do more to “cut our cloth”… suddenly we have a raft of prospective prime ministers offering to throw cash at schools.

Each child affected by Tory cuts is our future. For their sake we don’t need another Tory PM, we need a general election and a change of government. Now.

Featured images via pixabay and screengrab