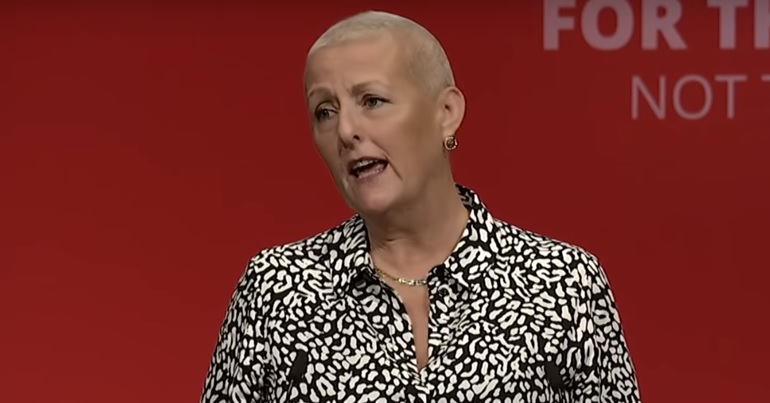 Chief Rabbi Ephraim Mirvis says that Labour Party action to stamp out antisemitism is “a mendacious fiction”. But Labour general secretary Jennie Formby has hit back with a powerful counterattack. And it should lay such anti-Labour propaganda to rest once and for all.

A 2016 report by Baroness Chakrabarti found that “the Labour Party is not overrun by anti-Semitism”. But in recent years, Labour leader Jeremy Corbyn – a veteran anti-racist – has taken firm action against the very small amounts of racism within the party. Numerous high-profile Jewish figures have openly supported him in this fight. They’ve also accused his opponents of ‘weaponising’ allegations of antisemitism to try and undermine his popularity.

The Chief Rabbi’s comment piece for the Times on 26 November, meanwhile, has ensured that the issue remains in the mainstream media. But Formby’s powerful response should put his “mendacious fiction” allegation firmly to rest.

Writing in Jewish News, Formby first referenced the 2016 Chakrabarti inquiry. She then gave a long list of Labour action against antisemitism ever since, saying:

Our 2017 Conference passed a rule change, drafted with help from the Jewish Labour Movement, which made the Labour Party the first political party in Britain to have a rule explicitly prohibiting antisemitism.

She continued by stressing that, after she became general secretary in 2018, she saw that the party’s “disciplinary processes” were “slow and cumbersome”:

So we set up an Antisemitism Working Group from our National Executive Committee [NEC] which met experts and stakeholders and recommended a number of reforms.

She also stated that “we made sure every single complaint of antisemitism is recorded”, emphasising that:

We introduced smaller, specialised NEC antisemitism panels to hear cases monthly (rather than quarterly), advised by an independent barrister with expertise in equality law, ensuring cases are reviewed more swiftly and with sound legal advice. We changed our rules to ensure that all antisemitism complaints are investigated nationally, as complaints of racism should not be subject to the whims of local parties.

And she insisted that:

this year, Conference approved a major rule-change – initiated by Jeremy Corbyn – to give NEC panels the power to expel members. Now, when someone engages in antisemitism, they can be expelled within weeks – rather than months – of us receiving the complaint. Just this month a number of members have been expelled using these new powers.

we have improved our recording of information, so that we now have data on the length of time cases take to be dealt with. Analysis of this shows a more than four-fold increase in the rate at which we are now dealing with antisemitism cases.

She further clarified that:

In line with suggestions from Jewish communal organisations to make our processes more transparent, I have twice published a detailed breakdown of data on antisemitism disciplinary cases and we will be publishing these on a regular basis going forward. As previous publications of our figures have made clear, complaints relate to a small minority of party members, about 0.1%.

And she stressed that:

Nonetheless, the party has also been “conducting audits of historical antisemitism complaints”.

Formby continued by speaking about the party’s No Place for Antisemitism website, highlighting that:

we have launched proactive education which we are continuing to roll out. This aims to give members the tools to identify antisemitic tropes and conspiracies, and challenge them. …

Jeremy has made clear in video messages, emails to members, articles and speeches that there is no place for antisemitism and that anyone who denies its existence is wrong and is contributing to the problem.

Online spaces which are used as fertile breeding ground for antisemitic conspiracy theories should never be allowed to legitimise themselves by hijacking our party’s name. Tech giants have turned a blind eye to this problem for a decade. In 2010 Jewish News reported on this very problem and Jeremy Corbyn signed a motion to Parliament congratulating them on this important investigation.

I personally wrote to the administrators of a number of Facebook groups last year to advise them on how to better moderate content within their groups. And our staff have provided information to Facebook to enable them to close down groups which use Labour’s name to disguise their sharing of racist content. We continue to be in contact with them on this issue.

Formby concluded by stressing that:

The list of actions I’ve outlined above is by no means exhaustive, but it demonstrates the serious and extensive work the Labour Party has undertaken to deal with this issue. We know we have further to go to root out antisemitism, but I believe we are firmly on the path to achieving that.

So if you see anyone sharing the Chief Rabbi’s dodgy claims, just share Formby’s words. Because they make it crystal clear that the Labour Party is the chief anti-racist force in British politics today. And that’s why anyone who truly wants to stamp out all forms of racism needs to back Corbyn on 12 December.