The UK is easing travel restrictions. Here's why you shouldn't book that holiday to Turkey - Canary 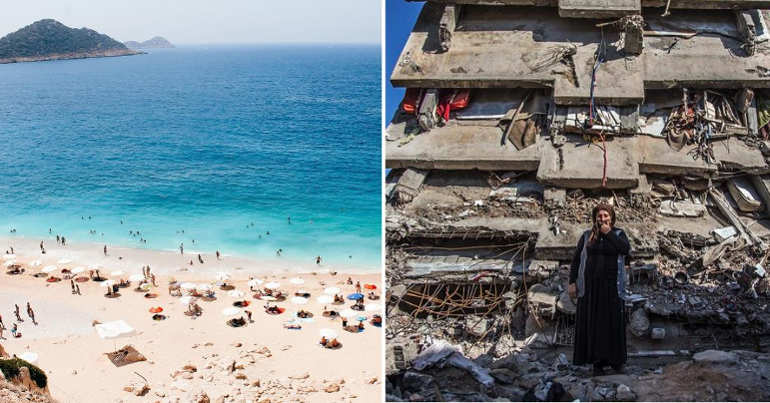 Content warning: this article contains descriptions of violence and sexual assault that some readers may find disturbing.

Holiday bookings have risen sharply since the UK announced that it is set to relax its coronavirus (Covid-19)  quarantine rules for arriving travellers. The government is likely to announce that tourists returning from France, Turkey, Greece, Spain, Belgium, Italy, and the Netherlands will no longer need to self-isolate.

Turkey will be desperate to restart its tourist industry, with much of its economy reliant on its resorts on the south coast. Here are five reasons why you should think twice before you book that holiday to Antalya or Bodrum.

Turkish government propaganda newspaper Daily Sabah has admitted that there has been a:

Since easing or completely removing most restrictions on June 1, Turkey subsequently witnessed a spike in daily new coronavirus cases, with the number of new cases increasing as much as twofold in two weeks.

So maybe sitting on a stuffy plane packed with tourists coming back from Antalya isn’t the best idea.

In the last four years alone, Turkey has invaded north-east Syria and is alleged to have used chemical weapons on civilians. It has invaded and occupied Afrin, launched a major drone attack on Idlib, and murdered its own civilians. It continues its war in Libya, while repeatedly bombing Iraqi Kurdistan.

There have been demonstrations all over Europe, protesting the murder of three prominent women activists in Kobane (in Rojava, northern Syria). A calculated Turkish drone strike killed Zehra Berkel, Hebûn Mele Xelîl and Amina Waysî on 23 June.

3. Turkey is becoming increasingly fascist, with tens of thousands of political prisoners

There are also tens of thousands of political prisoners, including activists, musicians, academics, human rights defenders, writers and politicians. And terrifyingly, increasing numbers are being sentenced for “insulting the president“.

On 26 June, Kurdish politician and activist Rojbîn Çetin, who has served as a mayor, was brutally assaulted by police and dogs. The Free Women’s Movement (TJA) sent Çetin’s statement to The Canary. According to Çetin, the police raided her house at night, breaking down her door with a sledgehammer. She said:

They yelled, “on the ground, on the ground.” I said I would not lie down. The dogs nearly bit my flesh off. I kicked them off. Then they forced me to lie down, grabbing my hair and pushing me down. They kept beating me. They hit me with the butts of the guns and kicked me..

As I tried to lift my head, they began to kick my eyes. They tried to handcuff me on the back. I resisted. They put their feet on my arms and legs. They split my lip…

They blindfolded me. They kept beating me and pouring water over my head…

They tore off the clothes and the baggy trousers I was wearing. They stripped me half naked and I think they took pictures of me like this because I heard the click of the camera.

Çetin is still being held in police custody. 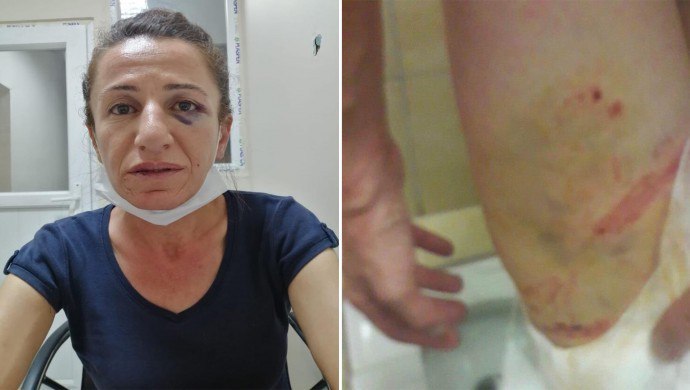 5. Kurdish people are asking you to boycott Turkey

Kurdish people have been calling for a boycott of Turkey. Right now, they are using social media to ask you not to book your beach holiday there. One woman has said:

I need you to know that your money has power and every single time you spend your time and your money on going to this country, you are funding the genocide. All the money that you spend on those trips… the money goes back to the government and gets funnelled into buying planes, bombs, weapons, whatever, to kill my people, to kill the Syrians and the Yezidis and to remove the Greek and Armenian legacy of Anatolia.

…Are you going to help us? Or are your Instagram captions on the holiday photos you took in Turkey more important than real people?

Gulê, a Kurdish woman from London, also released a video, calling on people to boycott the country. She said:

Two days ago, or three days ago, a friend of ours posted a video of his friends and family, nephews and nieces, having a picnic by the river, and a bomb dropped right where they were. As far as I’m concerned, luckily the family is okay. They are physically fine. I mean, it goes without saying that they are scarred for life now. Like, those kids are going to live with that scar for the rest of their lives.

She argued that the most important thing people can do in solidarity is:

to boycott Turkey, and Turkish products. To boycott Turkish Airlines. Because Turkey does nothing but use every single penny, cent , dollar, pound, euro, to fund the war against Kurdish people. If you want to support the Kurdish people, your trip…means fuck all. Your trip doesn’t matter more than my people’s lives.

So as coronavirus restrictions ease, think twice before heading to Turkey. Support the call for a boycott and stand in solidarity with Kurdish people.