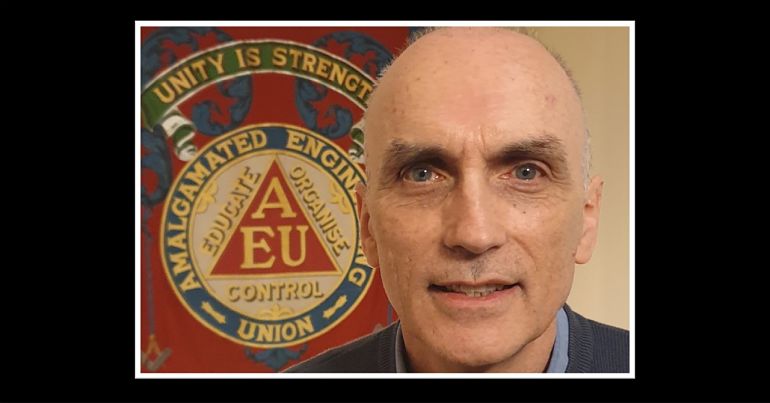 Chris Williamson, former Labour MP for Derby North, says he’s named in the Equality and Human Rights Commission (EHRC) report into antisemitism in the Labour Party. On 29 July, Williamson said he plans to ‘take on’ the EHRC.

In May 2019, the EHRC launched an investigation to determine whether the Labour Party had “unlawfully discriminated against, harassed or victimised people because they are Jewish”.

In a press release, Williamson said the report was “circulated to those it had named earlier this month”. The investigation has now finished and a report of its findings is due later this year. At this stage, details in the draft report remain confidential.

Williamson has assembled a legal team to challenge his inclusion in the draft report. He’s also set up a crowdfunder to raise £10,000 to cover legal costs.

I've been named in the EHRC's Draft Report into antisemitism in @UKLabour. The EHRC wants to smear our movement.

I've assembled a legal team to fight this, but I need your support to help meet the £10,000 costs.

Speaking about his decision to take legal action against the EHRC, Williamson said:

I know that I can rely on the support and solidarity of thousands of people in taking on the EHRC. Many people are alarmed at the way in which this supposedly impartial body is operating.

In my view, the EHRC’s conduct has played a leading role in legitimising a McCarthyite smear campaign against the British Left, and was instrumental in the attempts to derail Jeremy Corbyn’s leadership.

It seems pretty clear that the EHRC lacks independence from the government and has been abusing its legal mandate by attacking the Official Opposition.

The EHRC insists it “operates independently”. It also states:

We use our unique powers to challenge discrimination, promote equality of opportunity and protect human rights.

However, there are growing concerns about impartiality and its links with the Conservative Party.

EHRC is mired in scandal

In 2019, BBC Newsnight shared details of a letter that raised concerns about EHRC chair David Isaac. The letter, sent by chief executive Rebecca Hilsenrath, questioned EHRC independence from government. According to Newsnight, it said:

David [Isaac] regularly declines to take public positions… Recent examples include the publication of a piece of research into the implications of losing access to EU structural funds, and the stripping of Shamima Begum’s citizenship.

Hilsenrath’s criticisms don’t seem politically motivated and she previously criticised Labour’s handling of antisemitism. In response, the EHRC said it took “impartiality and independence very seriously” and that:

Our investigation into the Labour Party has robust procedures in place to ensure its impartiality and anyone with a conflict, or perceived conflict of interest, plays no part.

Concerns that the chairman of the UK’s Equality and Human Rights Commission (EHRC) is not sufficiently independent of government have been voiced by the organisation’s chief executive in a leaked letter, #Newsnight has learned.

However, further questions have emerged about EHRC independence and impartiality. In June 2019, Newsweek reported that EHRC commissioner Pavita Cooper failed to “declare her donation and fundraising activity for the Conservative Party”.

In May, the EHRC refused to investigate Islamophobia in the Conservative Party despite receiving a number of complaints. Meanwhile, the investigation into antisemitism allegations in Labour continued.

On 28 July, a Newsweek exclusive revealed that two former EHRC commissioners said “they were not reappointed to their roles because they were “too loud and vocal” about issues of race”. It continued:

There are currently no Black or Muslim board members. Newsweek also reported that Hussein-Ece said:

“I don’t think islamophobia or anti-Muslim hate is taken seriously” and called for the EHRC to do more.

In a press release, Williamson said:

Far from being an ‘equalities watchdog’, I’d say that the EHRC has become a right-wing attack dog. It must be urgently disbanded.

As The Canary reported, there are serious questions over the way allegations of antisemitism against Williamson were handled. In 2019, he successfully crowdfunded over £63,000 to bring a legal challenge against the Labour Party in the High Court.

After winning back legal costs, he established a Left Legal Fighting Fund to “assist other activists who have been maliciously smeared and harassed”. It’s also now providing legal support to Black Lives Matter protesters.

If the new crowdfunder meets its goal, any recovered costs from the legal action and unused funds will be donated to the Left Legal Fighting Fund to help other activists. Meanwhile, as attacks continue against Jeremy Corbyn and left-wing activists, solidarity is now more important than ever.