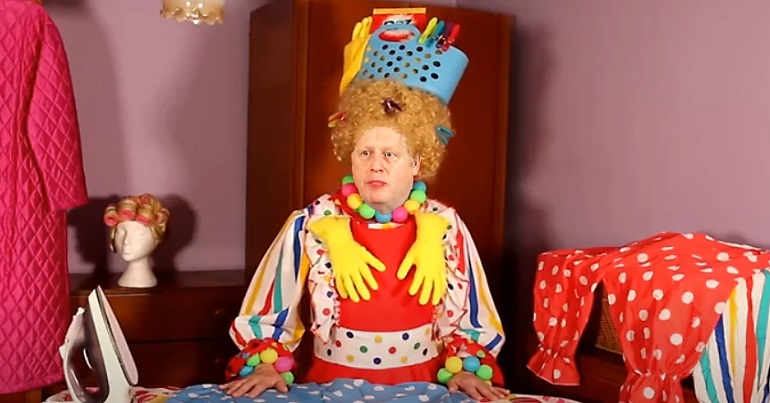 The performers and creative practitioners union Equity has delivered a scathing verdict on the Conservative government’s handling on the coronavirus (Covid-19) pandemic. While it’s a veritable ‘pun-fest’ of scorching criticisms, there’s also a serious point to be made.

BBC News reported that the general secretary-elect of the Equity Union Paul Fleming has openly criticised Boris Johnson’s government. He was critical of not only the Tories’ general handling of the crisis, but also their lack of support for the industry. He said:

Perhaps the reason why the government is less than bothered about reopening pantomime is because they’ve had enough of it themselves – [in managing] the whole [coronavirus crisis] from start to finish.

We’ve all had those cringing moments, haven’t we? We’ve sat down and we’ve watched Boris give his responses.

And then either side of him are the two scientists and they essentially say what he should have said. It creates anxiety for us all. It’s not a hit performance.

Johnson has hardly been the Cinderella to the scientists’ Ugly Sisters; maybe more a Smee to Dominic Cummings’ Captain Hook. But our Widow Twankey PM has certainly made a farce out of his handling of the pandemic. On a serious note, for over 50,000 people and their families, it’s been a tragedy. And for Equity members, the government’s response has been a drama from start to finish.

He’s behind you! Except, he isn’t.

In July, Equity wrote to the government about it’s handling of the creative arts industry during the pandemic. The letter said:

The creative sector cannot recover without investment in both workplaces and workers. Equity’s 48,000 members campaigned for, and welcomed, the Government’s rescue package for the arts but it is becoming increasingly clear that the £1.57bn promised will not directly help them. Redundancy consultations and demands for pay cuts and reductions to terms and conditions are continuing at many arts organisations all over the country even among those hoping to receive funding from the rescue package.

Re-opening theatres, film and television sets and venues is not enough. The reality of the phased return of performances and in the months ahead is that work opportunities will remain severely limited for tens of thousands of self-employed creatives. …

Without investment, the first to leave the sector are likely to be our black, older, working class, D/deaf and disabled and women workers, further worsening the diversity of the industry.

There’s a similar picture emerging in the music industry, with the Musicians Union calling for a Universal Basic Income. But so far, the government hasn’t delivered any other support for the arts. It has set up a Cultural Renewal Task Force, headed by the Department for Digital, Culture, Media and Sport and the Arts and Humanities Research Council, which will include industry representatives. But as the BookSeller reported, it’s excluded people from bookselling and publishing.

So, it seems while the government is play-acting at listening, it may well be tone-deaf when it comes to the support the creative industries need. The continuing ‘comedy of errors’ from the Tories is encapsulated by its approach to the arts. ‘Tweedle Johnson’ and ‘Tweedle Cummings’ may have let the curtain come down on swathes of the UK’s creative industries.