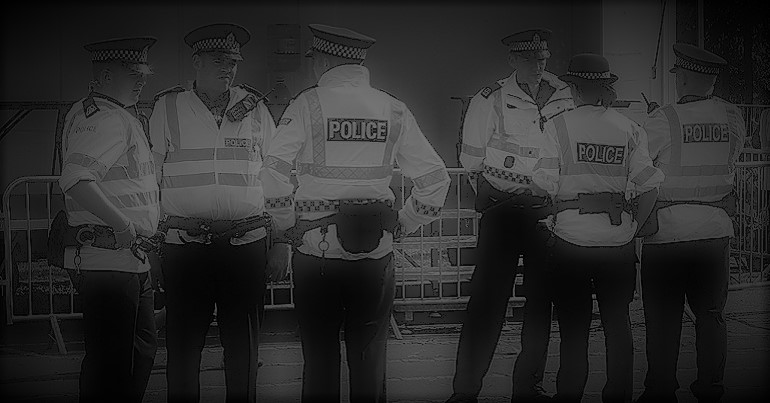 Eight police officers have been convicted of murdering their wives or girlfriends in the past 11 years. This figure comes from research on criminality among people working in criminal justice. And it destroys the idea that Sarah Everard’s alleged murder at the hands of a cop was, if true, isolated. Because in every month in 2019, on average at least two police officers committed violent or sexual offences against women or children. Yet the government wants cops in nightclubs to “protect women”.

But the figures are actually just the tip of the iceberg. Because in the year ending in March 2020, on average, more than one police officer broke the law every week.

A writer calling himself Huyton Freeman has been researching crimes by people involved in criminal justice. His results are rigorously backed up by evidence. And the document is staggering.

You can view Freeman’s research here. It details the criminality (or allegations of) or professional misconduct of police officers and police support staff, prison staff and court staff since January 2009 (also including once offence from 2008). It covers up to September 2020. And the details are horrifying.

The numbers above don’t include officers who had already left the force at the time of proceedings. Then, on top of this, the research documents prison officers, court staff, and others. Overall, Freeman has documented at least 800 offences. But it’s the details of what the listed people have done which is awful.

For example, between January 2009 and September 2020 there were:

The list includes some horrific offenders. For example, as the Press and Journal reported:

A former police officer was today jailed for 14 years for a catalogue of rape and sexual abuse offences against three women.

David Cunningham committed the offences described by judge Lord Armstrong as “controlling and coercive” over a 14-year period.

He also forced her to stand outside in her underwear in bad weather on various occasions between January 2007 and June 2008.

Cunningham raped another woman once or twice a week between December 2000 and April 2004.

His third victim was sexually abused between June 2011 and October 2014 and on one occasion in September 2012 he choked her so violently she feared she was going to be strangled.

It’s important to note Freeman’s work is just the cases they have managed to document. For example, Freeman missed that in June 2020 a former Devon and Cornwall police officer was found guilty by a misconduct panel of having sex with “vulnerable” women. Also, In January 2020 a South Wales cop was sacked for having sex while on duty.

Overall, police criminality is not as rare as we may think. Official figures show that in the year ending 31 March 2020, 115 police officers faced criminal investigations. Of these, around 67 (59%) were found, or pleaded, guilty. That’s more than one officer a week being guilty of a criminal offence.

Meanwhile, official stats from September 2020 show the level of police misconduct in England and Wales. In the year ending 31 March 2020 there were:

Of these, the rates of action against police and police staff were low: 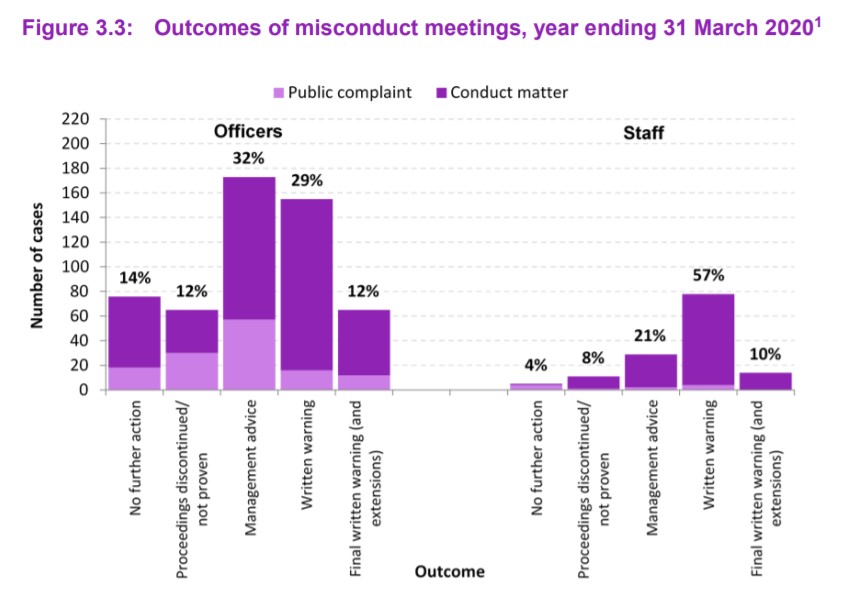 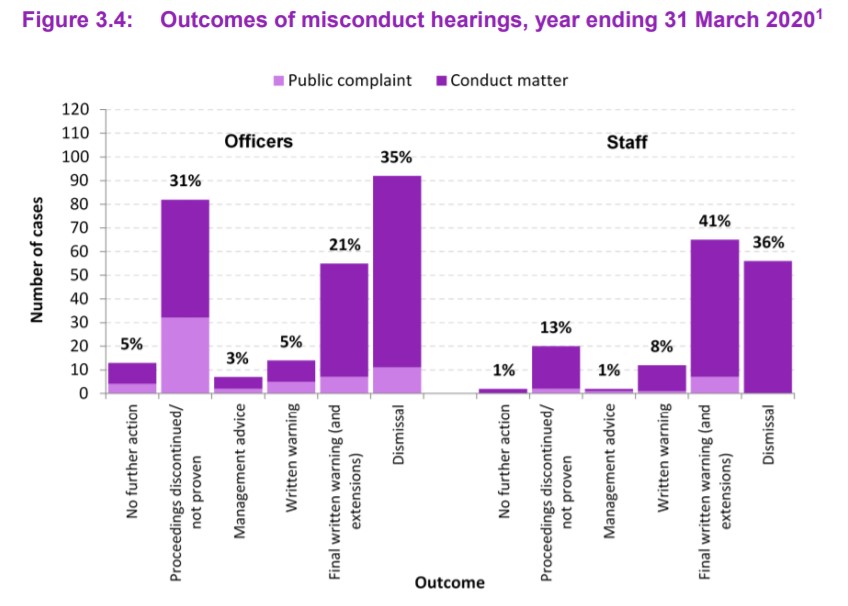 Sarah Everard’s murder was not isolated

The establishment painted Sarah Everard’s abduction and murder as “isolated” and “extremely rare”. This ignores the fact that someone kills a woman every three days in the UK. It also whitewashes the fact that current or ex-partners kill around 62% of the total number of women murdered.

As Byline Times reported, the problem appears acute in the Met Police. It wrote that:

As many as 26 members of the Metropolitan Police were arrested between January 2018 and August 2020 for sexual offences, a previously unpublished Freedom of Information (FOI) request reveals

a total of 58 Met officers and staff members faced sexual misconduct proceedings over the course of the 19 months. Twenty-eight of these individuals were dismissed without notice, eight “would have been dismissed” but left of their own accord, and the remainder were given warnings of different severities.

And Byline Times noted that:

from January 2012 to June 2018… 562 officers were accused of sexual assault and only 43 faced subsequent proceedings. Twelve of these individuals faced informal “management action”.

These figures alone raise serious questions over the government’s plans to put undercover police in bars and nightclubs to, as Sky News put it, “protect women from “predatory” offenders”.

Ultimately, Freeman’s work and official stats are just the tip of the iceberg. The threshold for police to face disciplinary action has always been high. And all of this also doesn’t include, as Inquest noted, the “1778 deaths in police custody or otherwise following contact with the police in England & Wales since 1990”.

Our system of policing is broken beyond repair. Something needs to change, and quickly. Because too many people are suffering horrifically at the hands of those supposed to protect them.