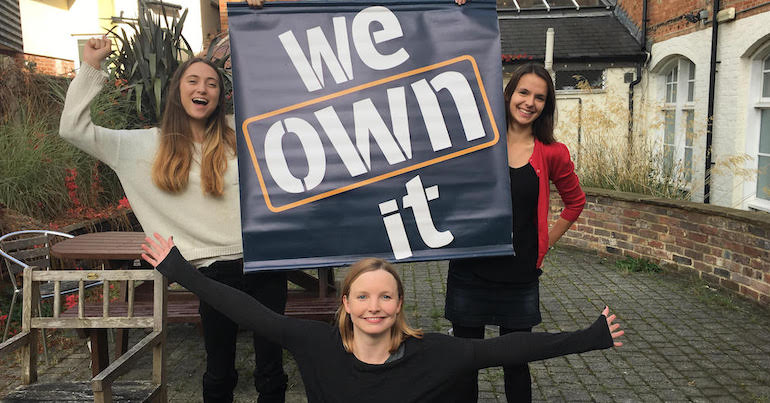 A report from campaign group We Own It proposes a new model for public services. Responding to a Labour Party consultation on democratic public ownership, it outlines a clear model to end privatisation and outsourcing. Based on this report, We Own It will ask members of all political parties to pass motions of support.

When We Own It

We Own It works to “end privatisation for good so that people come before profit”. Its latest report, When We Own It: A model for public ownership in the 21st century, calls for public ownership of water, energy, public transport, and the Royal Mail. It draws on best practice case studies from around the world. As the report notes:

Your public services have been taken from you for 40 years. Sold off, outsourced, privatised. Taken from under your feet.

But it also says things are shifting because “privatisation has failed”. Meanwhile, it shows that support for public ownership has grown. 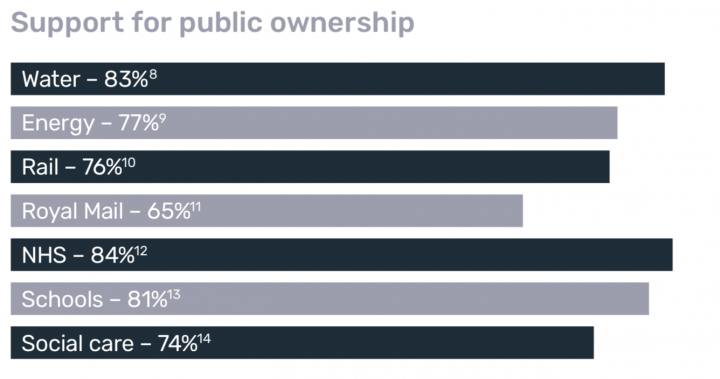 The report outlines what public ownership could look like in practice and the difference it could make to individuals’ daily lives. It also seeks to answer questions like:

How do we make public ownership so wildly successful that it can never be dismantled? And what would make it feel like ‘we own it’?

As the report also notes, through a combination of sell-offs, outsourcing and PFI (Public Finance Initiatives), “privatisation is deeply embedded in public services” but:

Our NHS, schools, social care, prisons and probation, council services like waste management and many others don’t belong in the private sector – they should be accountable to us, not to shareholders.

We Own It director Cat Hobbs said:

The story of privatisation is a story of nearly forty years of failure. We need to bring it to an end and open a new chapter. That chapter will be democratic public ownership – which can help us tackle major challenges like climate breakdown and growing inequality.

The model proposed in the report looks at ways to integrate new technologies in order to face these challenges. It also seeks to ensure that all publicly owned companies remain fully accountable. And it offers a clear strategy to replace “inefficient regulators” through “using their budgets to create a new, independent, democratically accountable organisation”. These bodies would fully “represent the people who use public services”, and would “hold government to account, maximise participation and fight back against any threat of privatisation”.

Ultimately, the plan set out in the report gives the “public more power” over vital public services. The report also looks ahead, beyond public ownership towards ways to create “a more democratic economy”. This would include developing cooperatives, building “community wealth”, and “tackling the vast inequality of housing and land distribution across the UK”.

Moving beyond “the dark days of privatisation”

Hobbs said the report “offers a blueprint” for a model of public ownership that “places communities, workers and people who use public services at its heart”. It focuses on public ownership of four key services initially. At local, regional and national levels, this means:

We need to make sure public ownership is efficient, effective, accountable, innovative, caring and green. And make it so wildly successful so that no future government can dismantle it, and take us back to the dark days of privatisation.

Featured image via We Own It used with permission