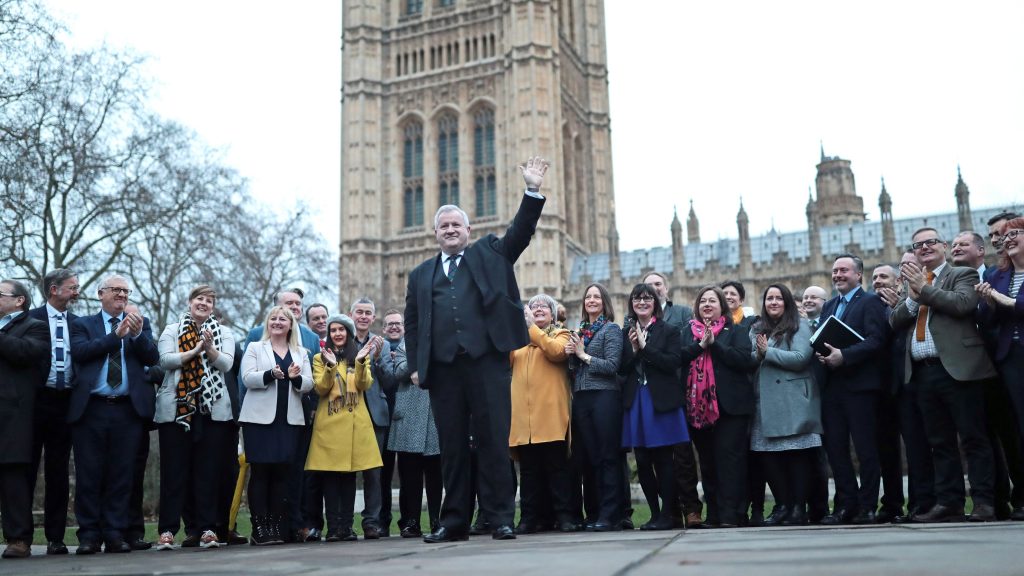 The SNP has pledged to provide a “strong and united” opposition to the Conservatives at Westminster as the party announced a reshuffle of its frontbench team.

Newly elected MP Alyn Smyth – formerly an MEP – will take up a role as the SNP’s foreign affairs spokesperson, while Mhairi Black has been appointed as its spokesperson for Scotland.

Kirsty Blackman, the MP for Aberdeen North, is taking on a strategic role leading on the constitution in preparation for an independence referendum.

“The new SNP team at Westminster will be a strong and united opposition – standing up for Scotland in the face of the growing threats of Brexit and an extreme Tory Government,” said Blackford.

“I’m delighted to welcome fresh faces and expertise to the SNP’s frontbench team.

“Our newly elected MPs will bring a wealth of talent and experience from their careers in our NHS, schools, business, journalism and international affairs to defend Scotland’s interests and hold Boris Johnson’s hard-right Government to account.”

He added: “The SNP won a landslide victory at the general election on a mandate to hold an independence referendum – while the Tories and their Brexit plans were overwhelmingly rejected by people in Scotland.

“With the Tory government intent on dragging Scotland out of the EU against our will and whatever the cost, the democratic right of the people of Scotland to choose our own future must be respected.

“SNP MPs will work hard to stand up for Scotland’s interests and ensure people in Scotland have a say over our future – instead of having it dictated to us by Westminster.”