74 UK universities to strike over pay and pensions - Canary 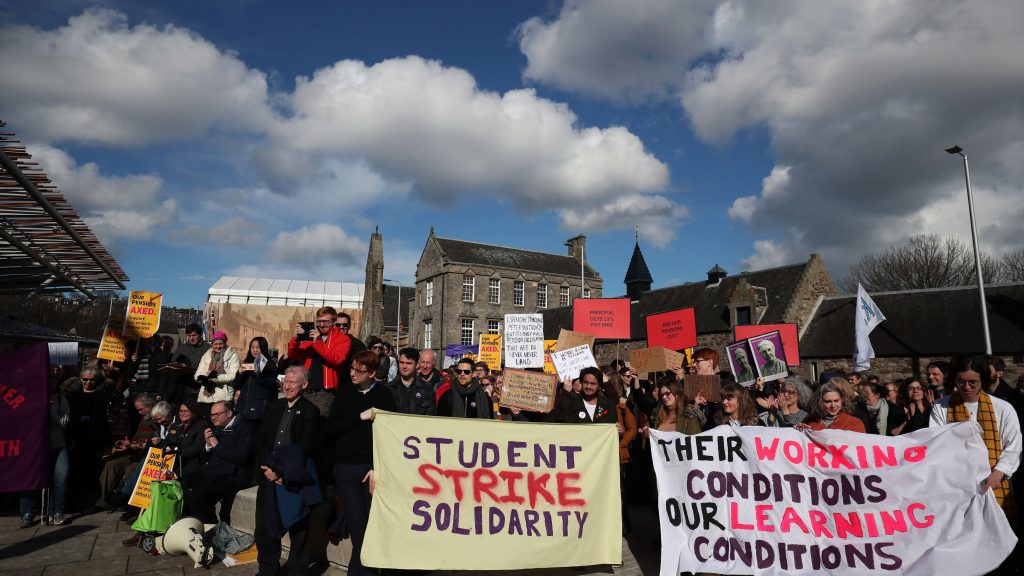 Staff at 13 universities across Scotland are to go on strike over 14 days amid disputes involving pay and pensions. University and College Union (UCU) members will take the industrial action alongside 61 institutions across the UK in February and March.

The strikes are over two separate disputes, one on pensions and the other on pay and conditions.

UCU general secretary Jo Grady said: “If universities want to avoid further disruption they need to send their representatives back to the national negotiating table with solutions to deal with rising pension costs and address the problems over pay and conditions.

“We have been clear from the outset that we would take serious and sustained industrial action if that was what was needed.

“As well as the strikes starting later this month, we are going to ballot members to ensure that we have a fresh mandate for action until the end of the academic year if these disputes are not resolved.”

The action will start on Thursday February 20 and escalate each week, culminating with a week-long walkout from Monday March 9 to Friday March 13.

The union said strike mandates are only legally valid for six months, so the branches that took action in November will need fresh ballots to be able to take action after April.

The union said it would ballot members after this wave of strikes if the disputes could not be resolved to ensure branches could take action until the end of the academic year.

Members are also undertaking action short of a strike, which includes working strictly to contract, not covering for absent colleagues and refusing to reschedule lectures lost to strike days.