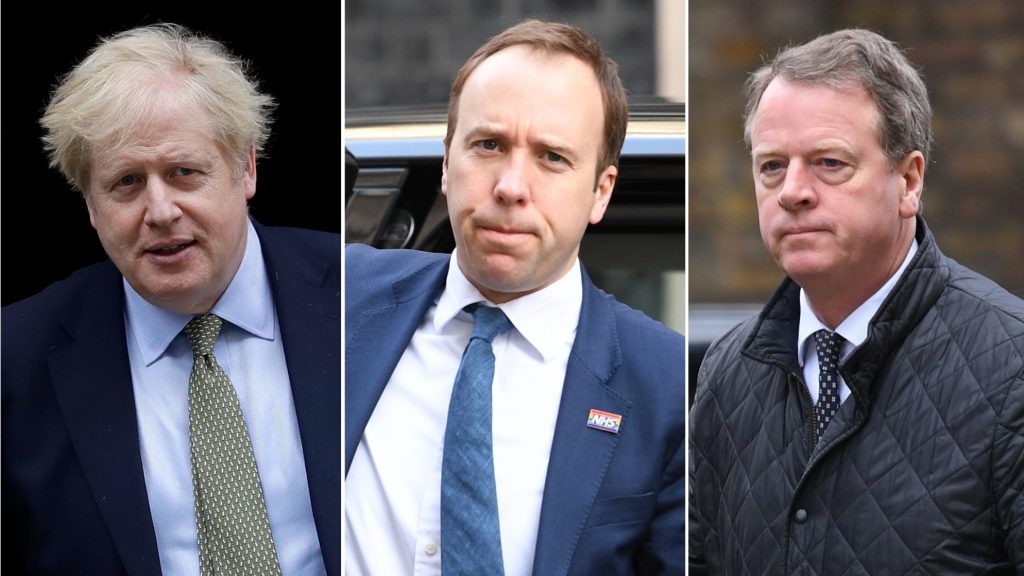 The number of people who have died after contracting coronavirus passed 1,000 as it was revealed another cabinet minister has been forced to self-isolate.

As of 5pm on 27 March, 1,019 people had died after being diagnosed with Covid-19, the Department of Health and Social Care said on 28 March.

The latest figures come after Scottish secretary Alister Jack revealed he had developed mild symptoms of coronavirus and was self-isolating.

Boris Johnson is already having to lead the response to the pandemic from Downing Street after he was diagnosed with the disease.

In other developments this weekend: