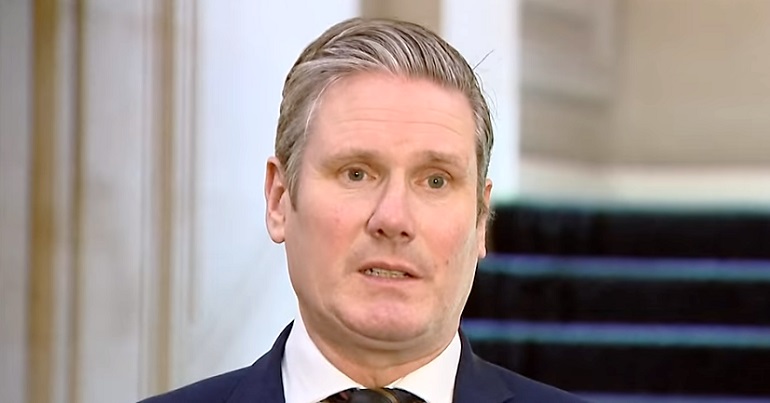 Labour members researching Sir Keir Starmer’s recently announced and soon to conclude National Policy Forum (NPF) consultation fear the new leader’s plan to “reshape” Labour’s policy platform will mean the abandonment of Labour’s core values and policies, potentially even leading to dropping the party’s pledge to fully end and reverse NHS privatisation alongside its commitment to the principle of essential services and support universally available to all.

They have noticed that the NPF has left Labour’s 2019 manifesto of popular transformational policies out of its consultation, failing to make even one reference to the document. These policies were jointly written and approved by the members’ representatives, unions and the shadow cabinet less than one year ago. Members are concerned that this move has subverted normal democratic processes and prompted fears that leadership will seek to treat the 2019 manifesto as if it never existed; they worry that Starmer’s leadership will seek to bypass the left’s policy gains in recent years and return to an agenda of tinkering with the edges of Tory ideology. The recent review into the 2019 general election recognises that, if Labour retreats from a “big change” agenda, as offered in 2019, the party is likely to lose in 2024.

On the left, it is widely accepted that the coronavirus (Covid-19)crisis has highlighted the necessity of the policies developed during Jeremy Corbyn’s time as leader. If they had been in place at the time of the pandemic, management of the crisis would have been safer and easier. Now, as the UK moves out of lockdown into possibly the biggest economic downturn in living memory, members argue that popular policies like the Green Industrial Revolution still provide the best template for a robust, sustainable UK recovery.

Starmer has already faced criticism from within Labour for failing to provide strong leadership during the coronavirus crisis or a competent alternative plan to the government’s shambolic response to the pandemic. Members now fear that, if the policies developed during Corbyn’s time as leader are dropped, there will be as little opposition to government mistakes during the developing economic crisis as there has been to its mishandling of Covid-19, and no meaningful alternative to Tory austerity and mismanagement.

It may be imagined that when the NPF Report is presented to conference and then adopted that the NPF Report has become part of the canon of party policy; in other words, it may be considered “in the bank.” That does not seem to be currently the case; it’s almost as if policy has reverted to some sort of Year Zero.

The members conducted their research for The Cosmos, an advocacy group which works to promote a politics of equality, humanity, honesty, and peace.

The Cosmos urges Party members and affiliated organisations to defend and develop their socialist values, to exercise their rights to Party democracy by making their submissions to the NPF by 30th June. Details of Cosmos’ campaign including briefing documents, links to the policies and consultation documents, videos and advice are available on its website.