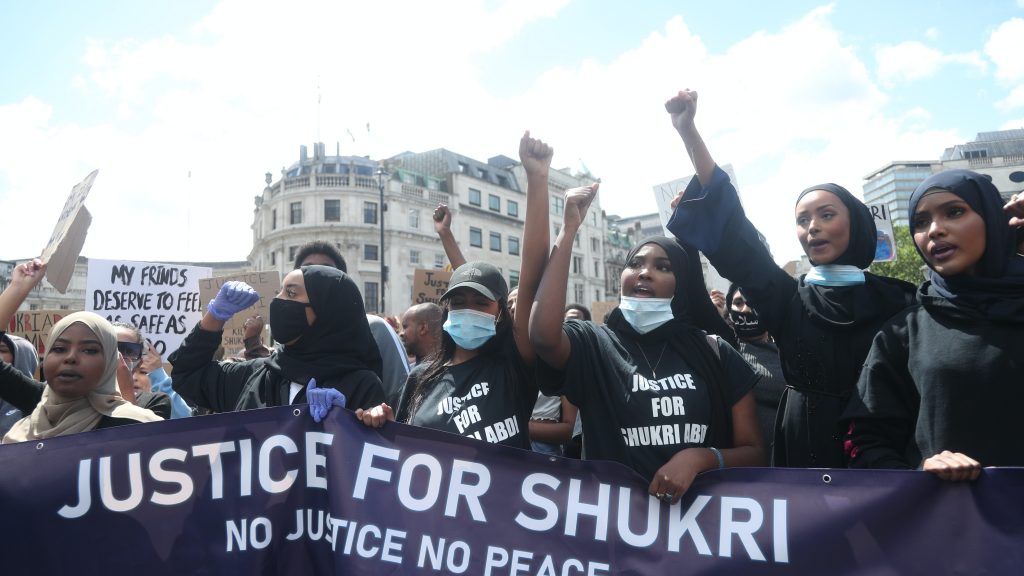 Demonstrators have gathered in London and other UK cities to demand “justice” for a 12-year-old Somali refugee on the one-year anniversary of her death.

A huge crowd descended on the capital on Saturday 27 June in memory of Shukri Yahya Abdi, who drowned in the River Irwell in Bury, Greater Manchester, exactly one year ago. Many in the UK have renewed calls to demand a fair investigation into her death in the wake of recent Black Lives Matter protests.

People with fists raised in the air carried a “Justice for Shukri” banner, and some wore T-shirts displaying the child’s name. 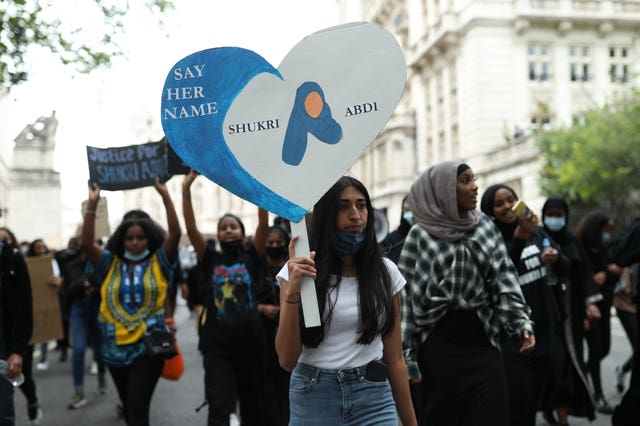 This month, the Independent Office for Police Conduct (IOPC) said it had completed an investigation launched in August 2019 into whether police treated the family “less favourably” because of their race and social background.

The IOPC said its investigation had been prompted after a complaint about police actions following Shukri’s death. The results of the probe have been shared with Shukri’s family and Greater Manchester Police, and will be published after the inquest into her death, the watchdog said.

In a statement, IOPC regional director Amanda Rowe said the complaints had been treated with the “upmost [sic] seriousness and very carefully assessed”. She said:

Our final report has been shared with the force, and with Shukri’s family. It has also been provided to the Coroner to help support the inquest process.

We plan to publish our report following Shukri’s inquest, a date for which has not been set at this time. Our thoughts remain with all those affected by her tragic death.

Shukri, who came to the UK from Somalia, was described by relatives as a “sweet, innocent child”. She was reported missing by her mother just after 7.30pm on 27 June, 2019. A short time later police received a separate report that a girl had gone into the River Irwell and had not resurfaced. Underwater search teams later recovered her body from the river.

Following her death, police said there were no suspicious circumstances.