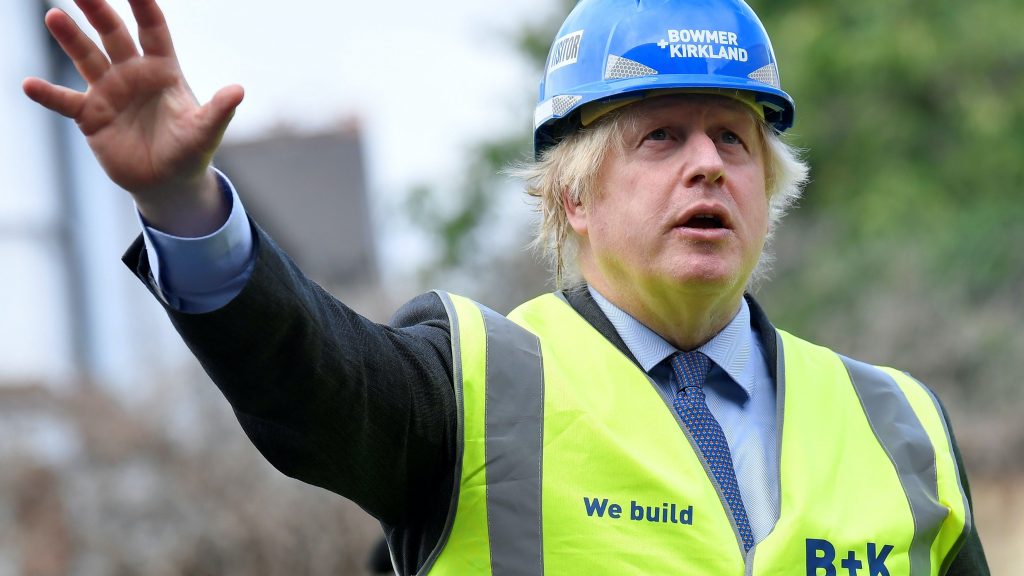 Boris Johnson has promised an infrastructure spending blitz to revitalise the battered UK economy in the wake of the coronavirus pandemic.

The prime minister said he is preparing for an effort comparable to Franklin D Roosevelt’s New Deal following the Great Depression in the US in the 1930s.

As the first phase, the government is setting out details of a major schools rebuilding and refurbishment programme.

Johnson is expected to make further commitments in a keynote speech on Tuesday.

“You have to be careful, and the chancellor will be setting out our plans in the Spending Review in the autumn.

“But, in the end, what you can’t do at this moment is go back to what people called ‘austerity’ – it wasn’t actually austerity but people called it austerity – and I think that would be a mistake.

“I think this is the moment for a Rooseveltian approach to the UK.”

As part of the plan, the government is making a 10-year undertaking to improve school facilities, along with sprucing up classrooms currently in use.

Downing Street said a £1bn cash injection would see construction work start on the first 50 projects as soon as September 2021.

Another £560m will go towards school repairs in this financial year, while further education colleges will see £200m of the £1.5bn promised by chancellor Rishi Sunak in his spring Budget to transform college estates over the next five years fast-tracked so that work can be brought forward.

Johnson acknowledged that coronavirus has been a “disaster” for the UK but insisted the country will pull through.

“This has been a disaster, let’s not mince our words, this has been an absolute nightmare for the country,” he said.

“The country has gone through a profound shock. But in those moments you have the opportunity to change and to do things better.”

He added: “So what we’re going to be doing in the next few months is really doubling down on our initial agenda, which was all about investment, if you remember, in infrastructure, in education, in technology, to bring the country together.”

Labour leader Keir Starmer called for an emergency budget this month to prepare for the prospect of millions of job losses as programmes like the government’s furlough scheme wind down.

“It’s staggering that in light of the economic crisis that is about to descend upon us that we are not having a July budget that puts jobs at the centre of economic recovery,” he told BBC Radio 4’s Today programme.

Downing Street said that full details of the schools programme, along with eligibility for funding, will be laid out at the next Spending Review.

Investment will be targeted at school buildings in the worst condition across England – including “substantial investment” in the North and the Midlands.

The government has said it is aiming for the projects to utilise modern and green construction methods both to help meet the UK’s net zero emissions target by 2050 and also create highly skilled jobs in the construction sector.

However, Labour said the programme would need to reverse a “lost decade” of stagnant investment in many parts of the country.

New analysis by the party suggested that seven of England’s nine regions saw a reduction in public capital investment per person over the past 10 years since the Conservatives came to power.

In some parts of the country, including Yorkshire, East Midlands and the South West, investment per person is still less than half that seen in London, Labour said.

The party said all regions had seen a decrease in both health and education investment per person since David Cameron became prime minister in 2010.

Starmer said: “For much of the country, the Tories’ record on building and investment has been a lost decade.

“Our recovery from the coronavirus crisis needs to match the scale of the challenge.”