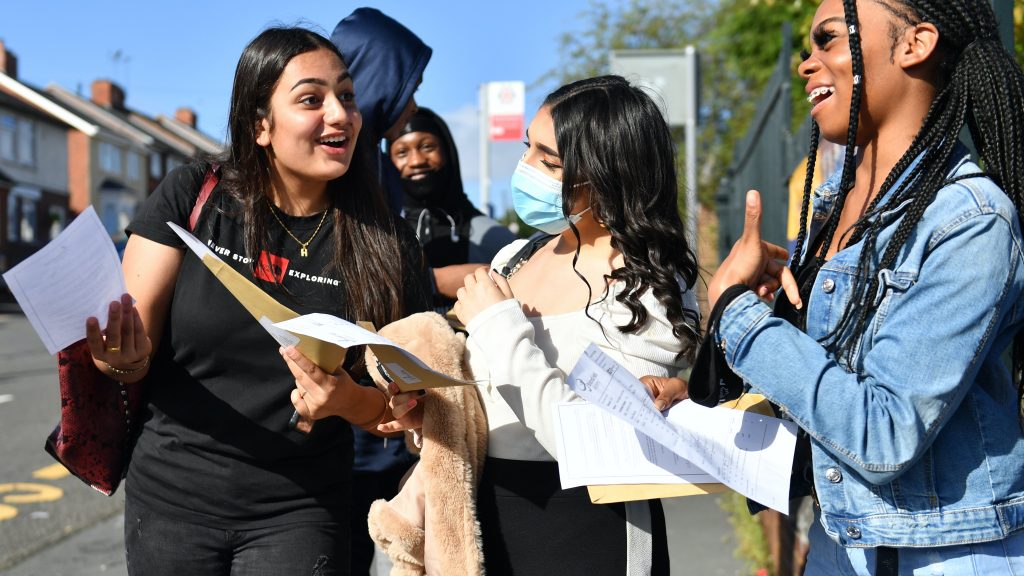 More students than ever are likely to progress to A-levels and vocational courses following steep rises in the GCSE pass rates for maths and English, college leaders have said.

Nearly three in four (71.2%) entries in England received a grade 4 or above – broadly equivalent to a C or above – in English this year, compared with 61.8% last year, according to data published by exams regulator Ofqual.

The pass rate for maths has increased by 7 percentage points. Two in three entries received a grade 4 or above, compared with 59.6% in 2019.

David Hughes, chief executive of the Association of Colleges, said course choices for those finishing school “may be different” this year due to the GCSE results.

He said: “With an increase in top grades and passes, it is likely that more students than ever will progress to Level 3 vocational courses or A-levels.

“At the same time there may be fewer apprenticeship opportunities for school leavers because of the pressures in the labour market.”

Hughes said that while colleges could see an increase in applications, he is “certain” there is enough capacity to ensure students can get on to the right course.

However, he said “concerted” government support is needed to ensure “colleges have the confidence that they will be funded to meet the demand”.

The proportion of entries receiving a 9 – the highest grade under the new numerical grading system – increased in English from 2.2% to 3.4% and in maths from 2.9% to 4.2%.

Jo Grady, general secretary of the University and College Union, said the government needs to “fix the mess” around the issuing of results for Btec students.

Exam board Pearson asked schools and colleges on 19 August not to publish Level 1 and 2 results in the vocational qualifications on 20 August to give them more time to recalculate the grades.

Grady said: “If we see a similar increase in Btec pass rates as we have seen in GCSEs then many more students will be able to go to college.”

Following a U-turn by the government on 17 August, this year’s exam results were based on teacher-assessed grades, so long as they were higher than grades calculated by an algorithm devised by Ofqual.

It was initially intended for exam boards to moderate the grades using the algorithm. But the government backtracked after the A-levels debacle, where nearly 40% of grades were initially downgraded when calculated by the algorithm.