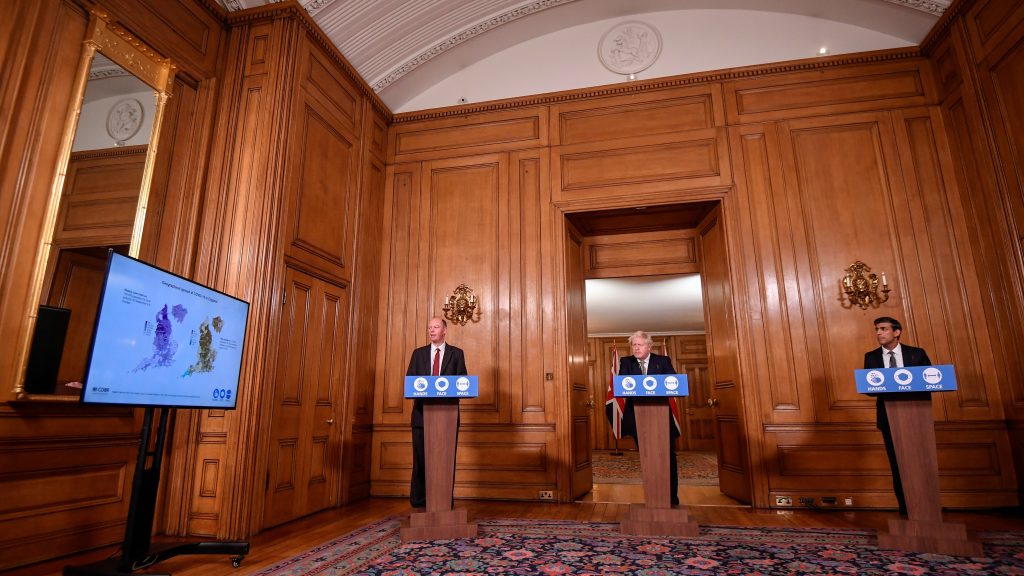 Deaf people have said the lack of a sign language interpreter at coronavirus briefings in England is leaving the community “isolated” and allowing misinformation to spread.

British Sign Language (BSL) interpreters attend briefings in Scotland, Wales, and the north of Ireland, but have yet to appear with experts and politicians in England. The BBC provides a superimposed translator on the BBC News channel during briefings, who also appears on Downing Street’s live Twitter feed.

However, some deaf people told the PA news agency they could not readily access these either due to a lack of social media or TV licence, and the interpreter often disappeared when slides were used.

Subtitles can also be used on television, but these regularly include mistakes and due to language deprivation many deaf people have difficulty reading English.

It’s definitely frustrating and frightening because we’re not able to access information that could potentially save our lives.

We’re constantly having to rely on other people to relay information to us so that leaves us feeling disempowered.

If you also consider people who are currently in an abusive relationship – the hearing person is able to control what information the deaf person has access to.

When English is a second language, scrolling through channels isn’t on… my son, who is deaf, couldn’t find it and gave up.

He got Covid, we think not understanding about surfaces, back in March.

Rhys, from Manchester, who did not wish to give his second name, told PA:

Isolated is putting it mildly, it’s a very lonely existence.

I’m finding that a lot of deaf people are turning to less-than-reliable sources for information, and therefore misinformation is rife within the community.

He said providing a live interpreter would “make a whole world of difference”.

“It would build a level of trust between the deaf community and those in authority”, he added.

On Monday, Labour MP Vicky Foxcroft asked Boris Johnson in the House of Commons whether there would be a sign language interpreter at the coronavirus (Covid-19) press conference announcing new lockdown measures that evening.

I doubt that we will get one in time, but the point is registered.

Asked @borisjohnson if he will have a sign language interpreter at his press conference later. For once I got a straight answer, but apparently there is not enough time to arrange one… Not good enough when people have been asking for this for months. #covidbriefing pic.twitter.com/IKZ1afDmwN

The Association of Sign Language Interpreters (ASLI) told PA it has been “incredibly disappointed” by the government’s slowness on the issue.

We are aware of large numbers of interpreters and translators out of work and we have no doubt that if effort was made to contact our members… appropriate provision could be made and in a Covid-secure manner.

The deaf community is being ignored and let down and the Government is in breach of its own Equality Act, UN conventions and WHO guidance.

ASLI has informed Westminster of this, we put out a call to action in March and various organisations and individuals came together to fight for access but still nothing has happened.

When PA asked the Cabinet Office when a BSL interpreter could be expected at coronavirus briefings, it pointed to its use of the BBC’s interpreter. A spokesperson said:

The BBC has also made their video feed for the BSL interpreter available to all other broadcasters and for use on No 10 social channels.

We continue to work across Government to ensure that information and guidance is fully accessible.

We are committed to supporting disabled people through every stage of this pandemic.

Deaf campaigners began a legal challenge against the government over the matter of interpreters in April. Lynn Stewart-Taylor launched the #WhereIsTheInterpreter campaign on Twitter in March, and is now walking from Gloucester to Downing Street for the cause.

She aims to arrive on Friday after two weeks of walking, hoping to shame the government into action.