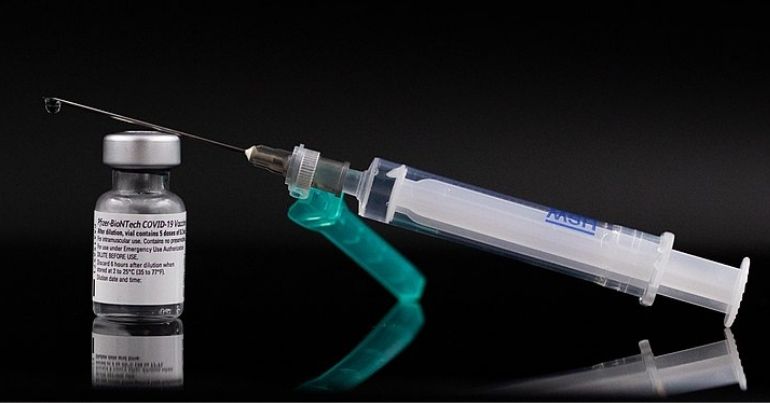 Campaigners are demanding Boris Johnson and other leaders get rid of patents on the coronavirus (Covid-19) vaccine so that poorer countries won’t have to wait years to achieve full immunisation levels.

The call comes as the rich G7 nations met on 19 February. Many human rights organisations and trade unions have called for the patents on vaccine to be waived, and warned “the UK and other G7 countries are blocking” the process.

G7 leaders are presiding over global vaccine apartheid. First they handed over control of publicly-funded vaccines to big business. Then they hoarded most of this year’s vaccine doses for themselves. Now, under pressure from countries in Africa, Asia and Latin America, they’re proposing to donate some of their surplus vaccines at some undefined point in the future – as if this were a village jumble sale.

The elephant in the Zoom today was Big Pharma’s patents, which are preventing most countries from producing the vaccines they need. We know these companies are refusing to share their vaccine recipes with the world, preventing the ramping up of manufacturing that we need. It’s time to compel them to. Clearly G7 leaders are feeling some heat over the grotesque inequality of the present situation. We need to turn it up, and make sure they support South Africa and India’s proposal to suspend Covid-19 patents at the WTO next month. It is the fairest and fastest way to accelerate the global vaccine effort.

Dearden said the G7 meeting was a chance to:

The G7 must agree to drop their opposition to the patent waiver, agree to compel the private sector to write down debts, and initiate very large-scale, coordinated investment in a green new deal. We don’t want crocodile tears. On vaccines, on debt, on climate change: the world is demanding action now.

The unequal nature of the vaccine production and availability was highlighted on 15 February through a letter to Boris Johnson and senior government ministers signed by 200 international organisations:

Since the start of the pandemic, the UK has expressed support for equitable and affordable access to all effective and safe vaccines, diagnostics, treatments, and other health technologies. And yet the UK continues to obstruct and oppose the waiver proposal, which seeks to remove relevant intellectual property monopolies so that production of COVID-19 medical products may be expanded and diversified globally.

The signatories urged the UK government to:

unconditionally support the proposal to waive certain… obligations for the prevention, treatment and containment of COVID-19 and to immediately stop obstructing its adoption.

They warned that the crisis was “more than a health crisis; it is an economic crisis, a humanitarian crisis, and a human rights crisis that requires the kind compassion and solidarity that you have pledged the UK to display”.