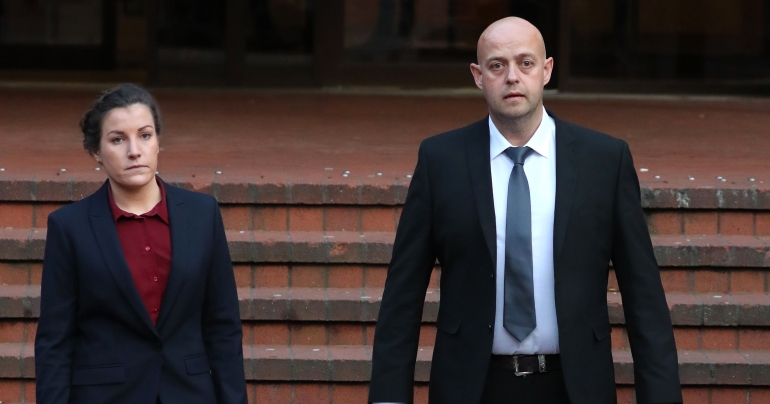 A police officer has entered formal not guilty pleas over the alleged murder and manslaughter of former Aston Villa star Dalian Atkinson.

The trial of PC Benjamin Monk, of West Mercia Police, is expected to open next week at Birmingham Crown Court.

Monk spoke to deny both charges against him when he was arraigned by the court clerk at a hearing on Monday, ahead of jury selection in his case.

Prosecutor Alexandra Healy QC told the same court last week that opening addresses to the jury are due to take place on Tuesday 4 May..

Monk was charged in 2019 with murder and an alternative charge of manslaughter after an inquiry into Atkinson’s death in 2016 in Telford, Shropshire.

She has already entered a not guilty plea to a charge alleging she assaulted Atkinson occasioning actual bodily harm prior to his death on 15 August 2016.

The 48-year-old former footballer played for several others clubs, including Sheffield Wednesday and Ipswich Town.