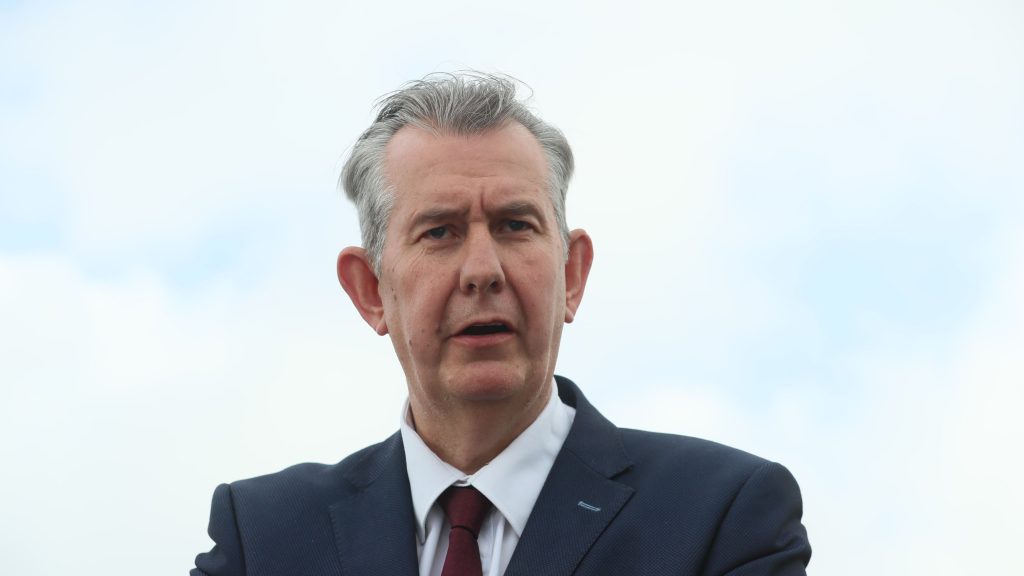 DUP leader Edwin Poots’ allegations that the European Union is causing harm to Northern Ireland in the wake of Brexit lacks “adherence to reality”, according to the EU’s ambassador to the UK.

Joao Vale de Almeida on 1 June dismissed Poots’ claims that the arrangements are having a “devastating impact” and are causing “demonstrable harm to every individual in Northern Ireland”.

The diplomat argued that “there is no alternative” to the Northern Ireland Protocol, after the DUP leader called for it to be suspended.

First of all I don’t think those statements have adherence to reality. The EU is politically, financially and emotionally, I would say, committed to peace and prosperity for everybody in Northern Ireland.

The protocol is not the problem, Brexit created the problem in Northern Ireland.

The protocol is a joint endeavour of the UK and the European Union, it is British law, European law, international law, there is no alternative to the protocol.

Poots has claimed the region is being used as a “plaything” by Europe and argued its ports will be subjected to greater checks on goods from Britain than take place in Rotterdam when the grace periods end.