After getting fired for boycotting Israel, one US citizen is fighting back - Canary 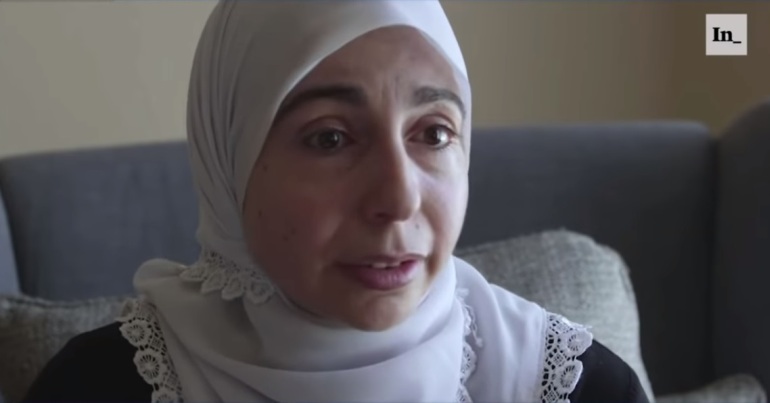 Palestinian-American Bahia Amawi worked as a speech and language therapist at a school in Texas. But she lost her job because she refused to sign a contract forbidding her from boycotting Israel. Now, she’s fighting back.

Bahia Amawi, a teacher in a school in Texas, has been laid off after she refused to sign a new paragraph in her employment contract under which she undertakes "not to boycott Israel or participate in any activity that harms its economy". pic.twitter.com/93wcm3kOD5

The movement for Boycott, Divestment and Sanctions (BDS) against Israel has been gaining traction. But Governor Greg Abbott has backed an anti-BDS law which came into effect in Texas in May 2017.

While news of Amawi’s treatment has been largely absent from mainstream media, independent outlets have reported it widely:

Any action to not support Israel—including not buying Sabra brand hummus—would be in violation of the policy, explains attorney @gadeirabbas. "Bahia's actions and choices to spend her money in a particular way are expressive actions that are protected by the First Amendment." pic.twitter.com/mTR9EUij18

Speaking to the Intercept about why she decided to take action over the discrimination against her, Amawi said:

The point of boycotting any product that supports Israel is to put pressure on the Israeli government to change its treatment… of the Palestinian people. Having grown up as a Palestinian, I know first hand the oppression and the struggle that the Palestinians face on a daily basis.

The video of her interview has received 1.23m views on Twitter:

A Texas elementary school speech pathologist refused to sign a pro-Israel oath, now mandatory in many states — so she lost her job. Watch our 3-minute video of this story: https://t.co/SSjU2dUe2C by @ggreenwald pic.twitter.com/OIHYtWx7I8

The sole political affirmation Texans like Bahia Amawi are required to sign in order to work with the school district’s children is one designed to protect not the U.S. or the children of Texas, but the economic interests of Israel, writes @ggreenwald. https://t.co/kSd9rnW9ps

Amawi’s service to children in her community has been a particular casualty of her unfair dismissal. In an article on Amawi’s ordeal, Glenn Greenwald wrote:

Texas’s Israel loyalty oath requirement victimizes not just Amawi, an American who is barred from working in the professional field to which she has devoted her adult life, but also the young children in need of her expertise and experience that she has spent years developing.

🇵🇸#Palestine || Via @vpalestine_ || Bahia Amawi has been a hard-working and expert speech pathologist for children (aged 3-11) at the Pflugerville Independent School District for the last nine years. She's also an American citizen who has been living in Texas for 30 years pic.twitter.com/rxYabqQiCI

Solidarity to Bahia Amawi, this badass Palestinian-American mother of 4 who is fighting for her constitutional right to boycott Israel while serving children with disabilities in Austin’s public schools. Thank you! #BDS #Right2Boycott https://t.co/G4hdVHWETE

Messages of solidarity have been pouring in for Amawi. Many have emphasised how forbidding a boycott of Israel violates the First Amendment rights afforded in the US constitution, which protect citizens’ right to freedom of expression, including the expression of political or religious beliefs:

What's happening to Bahia Amawi is a shame. Here's a trim of @theintercept video that says a lot in 60 seconds. We have the right to boycott for human rights. Why legislators are continuing a path that chooses Israel alliance over our constitutional rights is infuriating. pic.twitter.com/XbfGxjirmb

Bahia Amawi says she is not even an active member of BDS but has a moral and constitutional right to decide – esp. as a Palestinian herself – that she does not want to buy Israeli hummus at the grocery store w/o getting fired from her job. A genuine, real assault on free speech. https://t.co/TZSNTBk3VM

Amawi is taking legal action against her treatment, with the support of the Council on American-Islamic Relations (CAIR):

We speak with Bahia Amawi and Gadeir Abbas, senior litigation attorney with the… https://t.co/vxqstmFLJJ

The American Civil Liberties Union (ACLU) is also suing the state of Texas, saying blocking government contractors from boycotting Israel is a violation of free speech:

UPDATE: We're suing Texas for requiring government contractors to pledge not to boycott Israel as a condition of doing business with the state.

We blocked similar laws in Arizona and Kansas thanks to the First Amendment. Now we're asking the court to do the same in Texas. https://t.co/SOOhOmqTEG

Amawi has shown courage in the face of state legislature as well as the powerful Israel lobby in the US. And supporters of Palestinian rights everywhere are on her side.