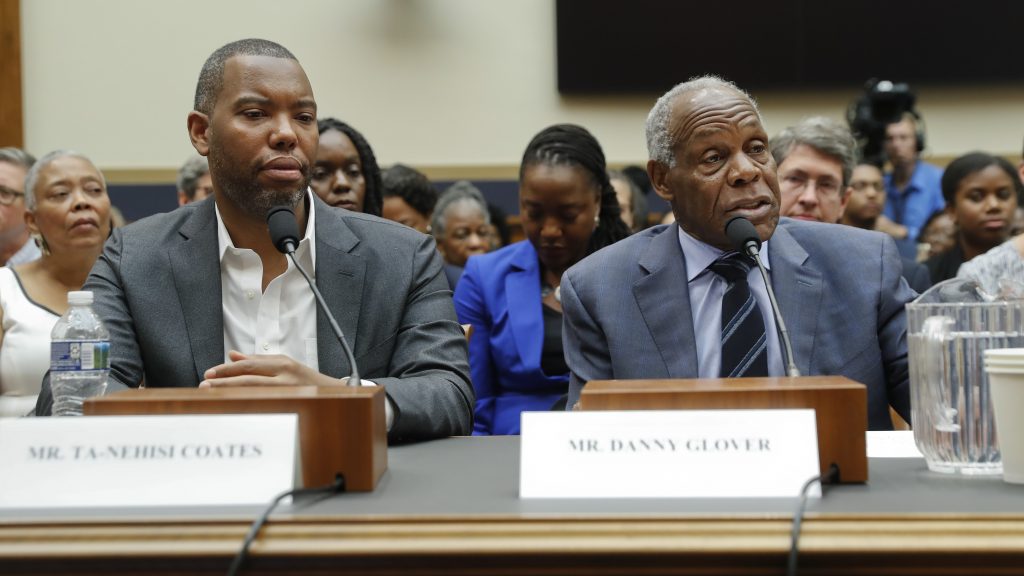 The debate over reparations for descendants of slaves has reached Congress with an impassioned plea from actor Danny Glover to address compensation for America’s blighted heritage of racism.

Glover, who told a House Judiciary panel that his great-grandfather was enslaved, called a national reparations policy “a moral, democratic and economic imperative”.

It was Congress’s first hearing in a decade on the topic and comes amid a growing discussion in the Democratic Party on reparations and sets up a potential standoff with Republicans. Senate majority leader Mitch McConnell, for example, opposes the idea.

The actor Danny Glover delivered an impassioned call to Congress for slavery reparations, saying America must face horrors from its past: "This country is trapped in not telling the truth" https://t.co/k8n3LWzywY pic.twitter.com/SZ30nv5JzK

Slavery “tainted” the US from the very start

Writer Ta-Nehisi Coates, who drew new attention to the issue with his 2014 essay The Case for Reparations, told the panel:

it’s impossible to imagine America without the inheritance of slavery

Senator Cory Booker, meanwhile, testified that the US has:

The legislation, which would set up a bipartisan commission to study the issue, spotlights a national conversation over the legacy of slavery.

Several of the Democratic Party’s presidential candidates have endorsed looking at the idea, though they have stopped short of endorsing direct payouts for African Americans.

House majority leader Steny Hoyer called reparations a “serious issue” and said he expects the resolution will see a vote in the House.

Rep Sheila Jackson Lee of Texas, who became the sponsor of a measure retired Democratic Rep John Conyers, said to the packed hearing room, “I just simply ask: Why not and why not now?”

While the idea of reparations has been moving toward the mainstream of the Democratic Party, the idea remains far from widely accepted, both among Democrats and the public at large.