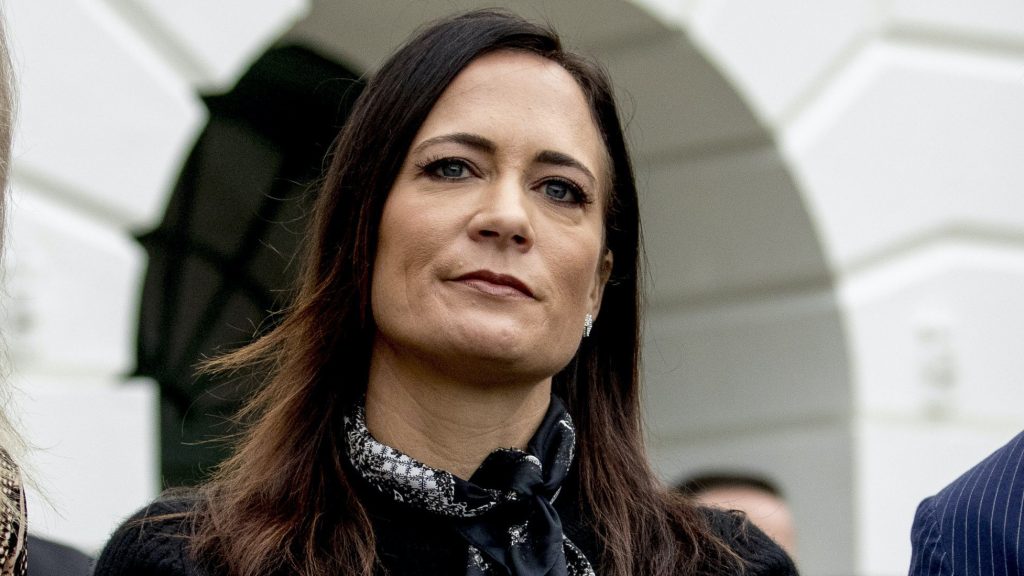 Grisham will be assuming a new role as chief of staff to first lady Melania Trump.

She had continued to represent the first lady while also holding the titles of press secretary and White House communications director since June last year.

The overhaul comes as president Donald Trump is facing the biggest crisis of his administration.

Grisham, who succeeded Sarah Sanders and Sean Spicer, had been sidelined during the coronavirus pandemic and since Mark Meadows, the president’s new chief of staff, began to assume control.

Over the last few weeks, Trump has been personally leading near-daily press briefings, intent on putting a positive spin on the federal government’s response to the pandemic.

Grisham had said when she took on the role that she was willing to hold press briefings, but later said Trump did not want her to.

The role of press secretary has been a particularly challenging one under the media-obsessed Trump, who believes himself to be his best spokesperson, communications director and strategist, and demands absolute loyalty.

Grisham said in a statement: “I continue to be honoured to serve both the president and first lady in the administration.

“My replacements will be announced in the coming days and I will stay in the West Wing to help with a smooth transition for as long as needed.”