Post-mortem: Atlanta man killed by police was shot in his back - Canary Workers’ Co-op 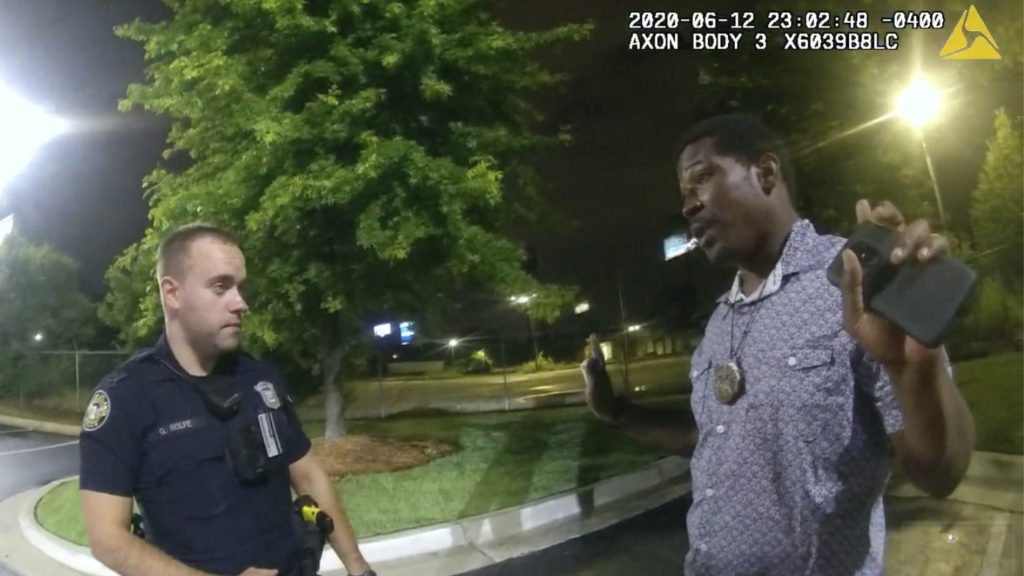 A post-mortem examination has found that the Black man killed in a scuffle with Atlanta police outside a fast-food drive-through was shot twice in the back.

The killing of 27-year-old Rayshard Brooks as he tried to flee after wrestling with officers and grabbing a Taser has rekindled protests in Atlanta that erupted in the wake of George Floyd’s death in Minneapolis. The Wendy’s restaurant where Brooks was shot was burned down over the weekend.

Civil rights group, the NAACP planned a demonstration outside the Georgia Capitol in Atlanta, where Republican leaders returning to work in the legislature after a prolonged coronavirus shutdown pushed back against swift consideration of a slate of changes Democrats want in policing and criminal justice.

A post-mortem examination concluded that Brooks died from blood loss and damage to internal organs after being shot twice in the back, the Fulton County medical examiner’s office said.

Officer Garrett Rolfe, who fired the fatal shots, has been fired, and the other officer at the scene, Devin Brosnan, has been placed on administrative duty. Atlanta Police Chief Erika Shield resigned a day after the shooting.

Fulton County District Attorney Paul Howard said he hopes to decide by mid-week whether to charge either of the officers. The Georgia Bureau of Investigation was placed in charge of the investigation.

Brooks was shot late on Friday after police were called amid complaints that a car was blocking the drive-through lane. An officer found Brooks asleep in the car, had him move it to a parking space and began a sobriety check.

Video from the two officers’ body cameras and dash-mounted cameras on their cars showed Brooks co-operating for more than 40 minutes, telling them he had had a couple of drinks while celebrating his daughter’s birthday and consenting to a breath test.

The video shows Brooks’ alcohol level at 0.108 percent – higher than the legal limit in Georgia. When one of the officers takes Brooks’ left wrist and moves to handcuff him, Brooks tries to run and the officers take him to the ground.

As Brooks fights to stand, Brosnan presses a Taser to his leg and threatens to stun him. Brooks grabs the Taser and pulls it away. He struggles to his feet, the Taser in his hand, and starts running.

Rolfe fires his Taser, and a yelp can be heard above the weapon’s electric crackle. Rolfe runs after Brooks, and seconds later three gunshots are heard.

Both officers’ body cameras were knocked to the ground in the struggle, and none of the four police cameras captured the shooting. Footage released from a Wendy’s security camera showed Brooks turn and point an object at one of the officers, who was steps behind him. The officer draws his gun and fires.