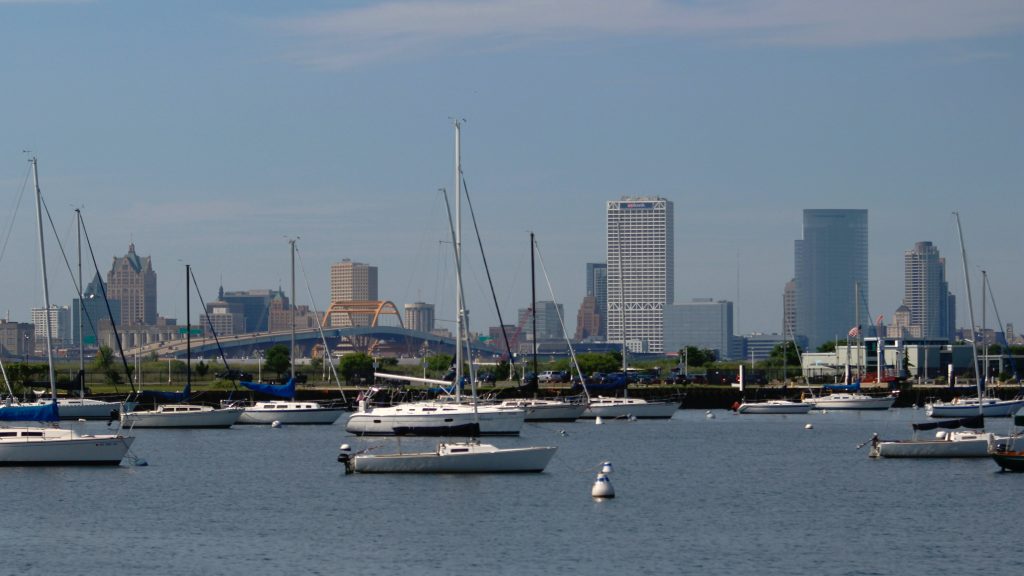 Monday 17 August should have seen the beginning of a four day Democratic National Convention (DNC) in Milwaukee, Wisconsin. But thanks to coronavirus (Covid-19), the city will miss out on hosting the DNC this week. Instead of the predicted 50,000 visitors injecting millions of dollars into the local economy, the convention will be almost entirely online.

Wisconsin is seen as a key presidential battleground after Donald Trump won there unexpectedly – and by fewer than 23,000 votes – four years ago. Organisers of the convention had planned to highlight Democrats’ commitment to the city and Wisconsin. They believe the state may be a deciding factor in this year’s race.

It would have been the first time Milwaukee, a city of 1.6 million, has hosted a presidential nominating convention. But now, thanks to the ongoing pandemic, the convention is nearly entirely online. All of the major speakers, including presumptive nominee Joe Biden, are skipping the trip to Milwaukee.

Protesters will march regardless

The online convention will also come as a blow to protesters. While “city and state leaders” will still be “addressing the convention from the Wisconsin Center [in downtown Milwaukee] each night”, the big hitters, including presidential nominee Biden, have cancelled their travel plans. Planned protests will go ahead. But protesters will be demonstrating to a vastly reduced audience.

Regular demonstrations have been happening in Milwaukee since the death in police custody of George Floyd earlier in 2020. After a summer of protests and demonstrations, protesters are still hoping to raise concerns of police brutality and deep segregation that have scarred the city for decades and led to renewed demonstrations this summer following the killing of Floyd.

The Coalition to March is a collection of “progressive, left, democratic and socialist” organisations co-ordinating a march on the DNC. On its Facebook page, the coalition said:

It is imperative that we stop Trump, but we are marching on the DNC because we understand that BOTH parties are standing in the way of real police accountability.

In the wake of several highly publicised deaths of Black people at the hands of the police, changes are happening. Milwaukee Public Schools “terminated a contract with the Milwaukee Police Department”. And governor Tony Evers endorsed a ban on police using chokeholds. Meanwhile Milwaukee council members are looking into a 10% cut in the Milwaukee police department’s budget.

But protesters are by no means finished. Community activist Tracey Dent said:

We’re putting Band-Aids on issues right now. Racism is rooted. Hundreds, thousands of years. I can see the change happening. The marches themselves, they’re so diverse.

The Coalition has also been raising funds to bring the families of victims of police brutality to join the protests this week, as well as bulk buying masks for protesters. A Facebook post said:

Whatever money we raise that does not go toward purchasing masks will go to the Tucker and Tubby families as well as to the family of Alvin Cole, who will also be with us in the streets.

Like the Democrats, Republicans have scrapped their plans for a traditional convention and are instead also planning a mostly virtual event. But, in an apparent attempt to needle Biden for not travelling to Milwaukee, Trump has planned a rally in Wisconsin just as the convention is kicking off. Protesters are planning demonstrations against the president in Oshkosh, Wisconsin on the afternoon of 17 August.

Featured image and additional reporting via the Press Association