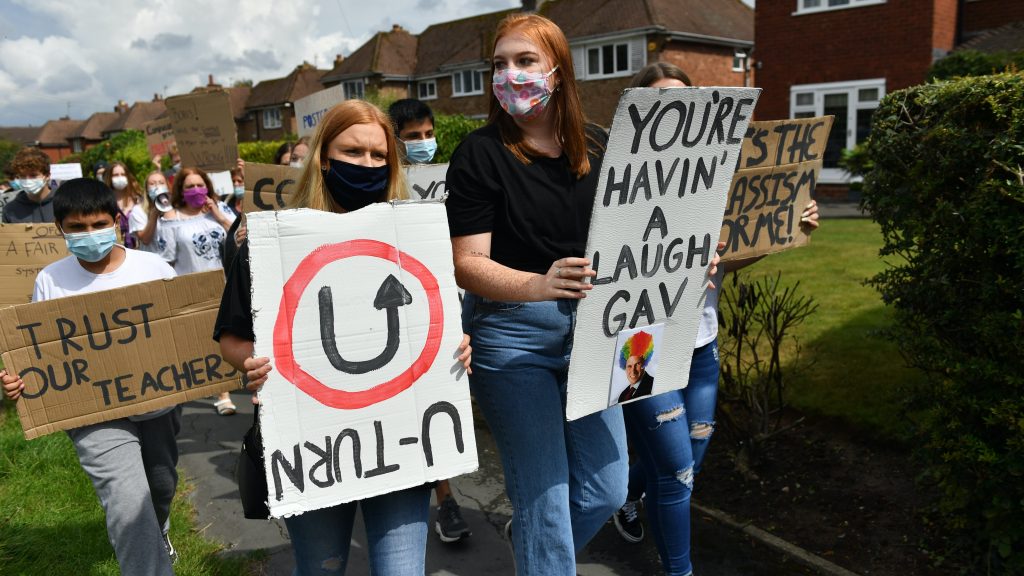 The government must “step up” and support universities now facing further challenges created by its U-turn on the way A-level results are awarded, a leading education body has said.

Universities UK chief executive Alistair Jarvis has called for “urgent clarification” from the government and advice on a number of “crucial issues” following its policy change on Monday 17 August.

He warned that while 70% of students were placed with their first-choice institution, those who aren’t should “think carefully about their next steps” and seek advice from their preferred university.

“The Government will need to step up”

It comes as the government announced it will allow for A-level results to be based on teachers’ predicted grades for their students, rather than an algorithm aimed at standardising results.

Today’s policy change will mean that more students will have the grades that match the offer of their first-choice university.

This will cause challenges at this late stage in the admissions process – capacity, staffing, placements and facilities – particularly with the social distance measures in place.

Universities will do everything they can to work through these issues in the days ahead.

The Government will need to step up and support universities through the challenges created by this late policy change. We are seeking urgent clarification and advice from Government on a number of crucial issues.

We know the changing situation is creating uncertainty for students and universities.

However, there are limits to what can be done by the university sector alone to address that uncertainty without stretching resources to the point that it undermines the experience for all, not to mention ensuring students and staff are kept safe as we follow the steps needed to fight the Covid-19 pandemic.

There are also practical constraints on capacity for programmes that depend on specialist facilities or placements.

University College London (UCL), meanwhile, called on the government not to fine institutions “who keep their promise to students”, referring to the temporary caps on student numbers that were imposed this year.

Universities in England had only been allowed to recruit 5% more UK students than their targets this year, in order to prevent institutions from over-recruiting to make up for lost revenue as a result of coronavirus (Covid-19).

However, education secretary Gavin Williamson said on 17 August the student numbers cap would be lifted.

For those students who have met our offer to study medicine based on teacher-assessed grades but do not yet have a place confirmed, we are working with the relevant agencies about places this year and we will guarantee a deferred place for next year.

We call on the Government not to fine universities who keep their promise to students.

In all, almost 40% of all A-level grades were downgraded after exams regulator Ofqual used an algorithm based on schools’ previous results.

Critics have complained the algorithm to make the adjustments had penalised pupils in schools in more disadvantaged areas, while benefiting those in private schools.

Students who have not got into their first-choice institution should seek advice from their parents or teachers before contacting the university, a spokesperson from the Universities and Colleges Admissions Service (UCAS) said. They added:

Once your university has your ‘centre assessed grades’ via exam bodies, they can make a decision as to whether there is a place at your preferred choice.