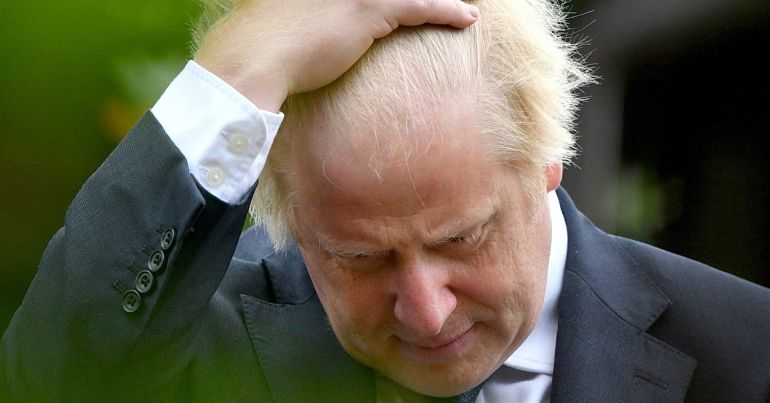 A U-turn over the controversial system for awarding A-level results in England appears imminent after Tory MPs heaped pressure on Boris Johnson and education secretary Gavin Williamson to change course.

Downing Street refused to rule out a shift to a Scottish-style system based on teachers’ predicted grades rather than an algorithm aimed at standardising results.

Johnson has gone on holiday to Scotland this week despite the chaos over the A-level results but held talks with Williamson and senior officials on Monday morning.

In an indication that the grades awarded last week may not be the final results, a Number 10 spokesperson said “the government continues to work hard to come up with the fairest system possible”.

Signs that Williamson would announce changes later on Monday came as senior ministers went public with their criticism of the system, which was put in place by regulator Ofqual after A-level exams were cancelled due to coronavirus.

Paymaster general Penny Mordaunt said she was seeking a meeting with colleagues at the Department for Education (DfE) about the issue and had made clear that if students wanted to sit the exams in the autumn there should be no fee.

“This group of young people have lost out on so much already; we must ensure that bright, capable students can progress on their next step,” she said.

The minister added that she had also “made my views on GCSE results known to DfE”.

Defence minister Johnny Mercer said he was “acutely aware of the issues around A-level results and am equally concerned for the GCSE results on Thursday”.

In a hint that a U-turn was coming he said: “I do not believe this is the end of the story – there are too many clear injustices.

“At this time we must not panic, and await developments. I am limited in what I can say publicly – I have had many private conversations.”

Any U-turn could also apply to GCSEs ahead of the results of those qualifications being awarded on Thursday.

Conservative former education secretary Kenneth Baker urged ministers to delay the publication of GCSE results, due on Thursday, until the problems with A-levels have been resolved.

In the north of Ireland, education minister Peter Weir has said GCSE students will be awarded the grades predicted by their teachers.

Downing Street said there would be no delay in the publication of GCSE results.