Dying to get treatment, part one: eating disorder services fail to save lives - Canary Workers’ Co-op 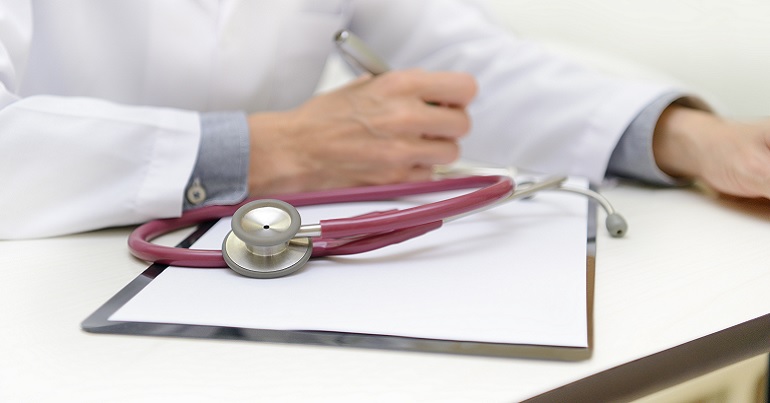 Content warning: this article contains mentions of eating disorders, disordered behaviours, and other content. It may be triggering to those in recovery or who are currently suffering from an eating disorder. Reader discretion is advised.

This article was updated at 12:15pm on Monday 18th July. It previously contained a link to a discredited eating disorder referral service. This link has now been removed.

Eating disorder services in the UK are failing the thousands of sufferers seeking treatment. Throughout this four-part series, I will be investigating the reasons why the services are unable to provide the help so many people desperately need. You can read part two here, part three here and part four here.

A lack of resources and funding has left NHS eating disorder services across the UK “floundering”. They abandon sufferers of an eating disorder on months or year-long waiting lists for treatment. The NHS prioritises treatment in terms of physical symptoms, not mental distress. The vast majority of sufferers receive next to no help as they don’t meet the physical requirements for immediate treatment.

Waiting lists and the focus on physical symptoms aside, my experience and research have revealed many factors contributing to why the services are failing. Often, these factors are over-looked when media outlets report on cases of the NHS eating disorder services failing. Across four articles, I aim to pull back the curtains and reveal all.  Internal factors like the continued use of debunked and ineffective therapies will be examined. Commonly ignored external factors, like the role of ‘big food’ companies and widely accessible hyperpalatable food, will also be considered. Along the way, my voice will be joined by the head of a charity, a renowned psychologist, and a recovering anorexic. Each of them has deep insights into why the NHS is failing.

To fix a system, you need to know why it’s failing. Only then can you find a solution.

Eating disorder services are inaccessible to the majority

Trying to access treatment for a mental health condition after getting a diagnosis is incredibly difficult. It’s well documented that the NHS’s mental health services have hit a crisis point, and its eating disorder services are no exception. Unless you’re a ‘severe case’ (i.e. having a BMI under 15), you’re unlikely to get any attention or help. Those who eventually receive treatment often find it to be inadequate, so many never fully recover from their eating disorder.

As a recovered bulimic, I can speak from experience that I was one of the unlucky ones. Like many, the NHS placed me on a waiting list for close to six years. Those with bulimia, binge eating disorder (BED), and eating disorder not otherwise specified (EDNOS) are the least likely to get treatment. This is in spite of these disorders being more common than anorexia nervosa.

I interviewed Ann McCann, the head of Eating Disorders Association NI (EDANI). She revealed the shocking state of eating disorder services in the north of Ireland, which has the highest level of multiple deprivation in the UK. In her words, funding cuts have left NHS services “cut off by the knees”, and they have been “floundering ever since”. McCann stated that this has resulted in a strict hierarchy in terms of who gets treatment:

For an eating disorder sufferer, these feelings of abandonment will worsen their mental state. EDANI offers a 24-hour helpline, which receives constant calls from concerned parents, partners, or individuals themselves. The vast majority of those calling for help are those with bulimia who have been unable to access NHS treatment. McCann said:

She expressed similar views to my own; the eating disorder services in the UK are in desperate need of updating and funding. McCann also emphasized that better education about nutrition and a healthy body image for young people would be hugely beneficial. Additionally, GPs need to develop a greater understanding and awareness of eating disorders. Rather than focusing on BMI criteria, they must recognise the behavioural and mental symptoms.

You can listen to my full interview with McCann here:

Physical criteria for a mental illness?

On the notes of GPs, they still diagnose based on physical symptoms, going against the NICE guidelines for diagnosis protocol. They primarily use factors such as BMI and the loss of menstruation in women. In doing so, they are utterly ignoring the mental turmoil anyone with an eating disorder experiences. With bulimia and BED, individuals rarely become underweight. This means their GP may not recognise their disorder. Due to this, they may not even be diagnosed, let alone receive treatment.

A healthy or overweight BMI doesn’t mean there isn’t severe mental distress or a risk of serious and fatal physical complications. Cardiac arrest, gastric ruptures, Ketoacidosis, oesophageal cancer and suicide are all common causes of death in eating disorder sufferers. The lack of immediate intervention for someone can result in them succumbing to health complications. If they eventually receive treatment, they may be in an even worse state than when they first got diagnosed. Recovery is a far harder process when an eating disorder is not treated early on.

According to the NHS website, the treatment for bulimia nervosa and BED is “a guided self-help programme”. It also includes around 20 sessions of cognitive behavioural therapy (CBT). Considering the fact that, on average, it takes around four years to recover from bulimia or BED, does 20 sessions cut it? Will they really be able to provide practical coping mechanisms and methods for dealing with urges to binge or purge? How about all the underlying and complex psychological issues which coincide with an eating disorder, such as trauma, body dysmorphia, low self-esteem, or other comorbidities? Although self-help can certainly aid a person’s recovery, psychological treatment and professional guidance must occur first. A person trapped in their disorder cannot rationally begin to tackle their habitual behaviours and thought patterns on their own.

Moreover, everyone is an individual. What works for one person in addressing a mental illness will not work for another. The NHS method of treating eating disorders is ‘one size fits all’; it doesn’t incorporate personal nuances. The statistics show that less than half the people suffering from an eating disorder will fully recover and that interventions for bulimia and BED fail to save a substantial number of patients.

The NHS already offers bulimia and BED sufferers an ineffective treatment programme. Its anorexia treatment isn’t much better. The NHS’s failings in terms of anorexia treatment in the UK have been brought to the public’s attention multiple times. The tragic death of Averil Hart and the case of Fiona Hollings, who was sent 400 miles from home to get treatment, have shown the system is ineffective.

Surely it’s high time the NHS was given the funding and experts it needs to create effective treatment plans.

For the second article in this series, I speak with a friend of mine who suffered from anorexia nervosa and got treatment on the NHS. She reveals that even when she accessed treatment, it wasn’t effective.

Helplines and resources for you or if someone you know  is struggling with an eating disorder of any kind: