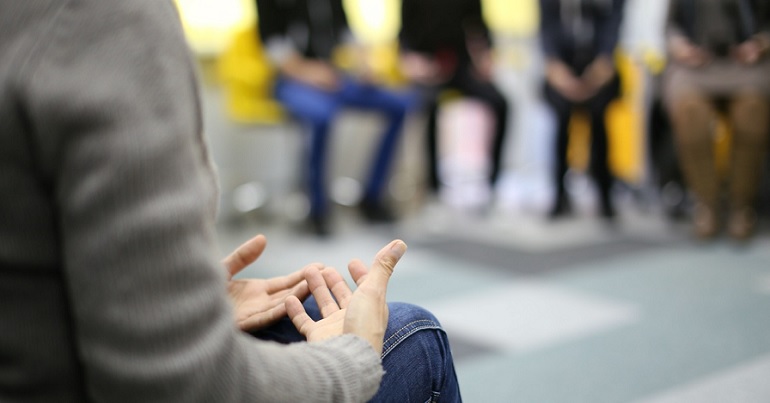 Content warning: this article contains mentions of eating disorders, disordered behaviours, and other content. It may be triggering to those in recovery or who are currently suffering from an eating disorder. Reader discretion is advised.

Eating disorder services in the UK are failing the thousands of sufferers seeking treatment. Throughout this four-part series, I will be investigating the reasons why the services are unable to provide the help so many people desperately need.

While it’s easy to debate the pros and cons of eating disorder treatments from the outside looking in, often the most enlightened and important views comes from people with lived experience. They are the ones living with the illness, day in, day out. And they’re the ones at the sharp end of overstretched NHS services.

This second article in a four-part series follows on from part one, where I looked at the issues with our underfunded and mismanaged NHS services. You can read that here. In part two, I speak to my friend who suffers from anorexia nervosa. I interviewed her and she talked candidly and frankly about the chaos and neglect she faced when accessing NHS eating disorder services.

My friend received her diagnosis on 3 March 2021. Her diagnosis came after going to the hospital because of stomach complications. Due to the nurse checking her blood, height, and weight, she was underweight enough to warrant pretty immediate treatment. She told me:

During the blood test I just said to the nurse ‘oh don’t worry if I pass out after this, that’s pretty normal for me’. She looked at me puzzled and just said ‘what do you mean’? So I elaborated and simply replied ‘well I just don’t eat’. She was lovely. We had a chat and decided that she would talk to the doctor after I had left; run the blood tests for eating disorder and that the doctor would call me that same day with a separate appointment for us to talk. However, this wasn’t until she had noted down my height and weight proving that I was underweight. I fear that if I hadn’t been underweight my struggles would have been dismissed.

Due to coronavirus (Covid-19), she attended a 40-week eating disorder outpatient programme. This consisted of a small group therapy session for an hour a week. Later, this evolved into a larger group session for two hours a week. She revealed that the group sessions were incredibly unhelpful. The therapy used was based upon the Maudsley model of anorexia nervosa treatment for adults (MANTRA). This has proven to be largely unsuccessful in helping people recover. In a small study of 33 people with anorexia, only 30% of patients achieved a ‘good’ outcome. That’s only 7 people out of the 33 who underwent treatment following the Maudsley model.

The treatment I received was cognitive interpersonal group therapy that followed the Maudsley model. Unfortunately, I don’t feel like we were given any methods to deal with triggers, urges or any difficult food-related situations… It says a lot that two groups of six started and they were meant to combine into a group of 12. But only four of us managed to finish it… Many people who struggled with more bulimic symptoms left the group. There was such a large focus on anorexic symptoms that they found it really triggering… [They] were offered absolutely no additional support other than being given self-help resources.

Most poignantly, she commented that the group therapy:

didn’t provide any coping mechanisms or ways to actually get out of destructive habits. It felt like we were back in school just sitting in lessons trying to learn theories… It was most definitely ineffective, inadequate, and lacking… All they did was tell us what we had and why we had it but not how to fix it.

A disregard for the complexity of underlying mental health issues

In terms of a focus on physical symptoms rather than mental ones, she added that:

I have struggled with depression and anxiety since 2016/17. So [I] definitely had other mental health complications while going through treatment… I wasn’t really asked either if I had any other issues. They would just repeat that our mood would increase as we gained weight. It really felt like they just ignored the other issues and just focused on us gaining weight… When people needed more psychological support for other mental health conditions, they were often kicked out of the group for ‘not engaging’ if they weren’t making physical recovery.

Even the monitoring of physical symptoms was severely lacking. Of course, this is incredibly dangerous, especially for those with a low BMI. Deterioration can be rapid and needs immediate action to prevent health complications or a fatality. Shockingly, my friend described a negligent and blasé attitude to monitoring adequate food intake:

there was an initial goal we had to aim for of a 0.5kg gain per week. But I never managed this. No one contacted me when I continued to lose weight. And no one contacted me when I showed on my weight and weekly behaviour tracker that I had been having a rough time… Even after all 40 weeks I was still only eating one meal a day. And they didn’t seem to notice or ask me how much I was actually eating… In the middle of each session, we were also encouraged to have a snack. After the fourth week of going, most people were having a snack. But I never had one. If I did… it would… [be] a black coffee just so they wouldn’t pick on me for not having something in my hand.

Little attention was paid to how patients were eating in recovery

Additionally, a nutrition plan was non-existent. There was no given meal plan or structure, which is vital for allowing someone to establish a regular eating pattern. For my friend, this led to her continuing to eat in a disordered manner. There was no guidance or attention paid to how each specific patient needed to eat:

I was actually very surprised that we were never given a meal plan or anything similar to follow. All the guidance we were given was that we should be having three meals and three snacks a day. I had gone into the support expecting to get one… I felt that the only way I would eat more was if I was being forced to eat it. After I brought this up in my first 1:1 session she said I could make my own if I wanted but it wasn’t something they did. For me, creating one for myself completely defeated the point of having one in the first place… It would no longer be someone making a decision for me. So I found it easy enough to avoid the three meals and three snacks.

After discharge, there was no follow up and no additional meal plan to use for weight maintenance. The NHS did not offer education about developing a non-disordered relationship with food either. More concerning is the desperate lack of post-discharge care or monitoring. My friend told me:

I don’t think we received any education on how to develop a healthy relationship with food or exercise… When I was discharged I still had no idea how to eat ‘normally’ apart from having three meals and three snacks a day [ingrained] in my head… I haven’t had anything since being discharged. In my meeting that I was discharged I was told that I should still be going to the doctors for blood tests etc every other week… as I was still underweight. But the last one I went to was on the 17 August 2021… No one has said anything to me or even noticed that I haven’t been going.

After treatment, she is still “very much struggling”

I asked her how the treatment made her feel. This was her response:

I felt talked down to and patronised, it felt like we were back in school… I am still very much struggling.

This was heart-breaking to hear, and certainly was something I empathised with deeply. Since her discharge, my friend made the brave decision to attempt recovery by herself. Currently, she’s doing well and is ‘all-in’ with her recovery.

But there is another way. In part three I’ll look at how treatment in the US differs and speak directly with a leading medical professional there.

Helplines and resources for you or if someone you know is struggling with an eating disorder of any kind: