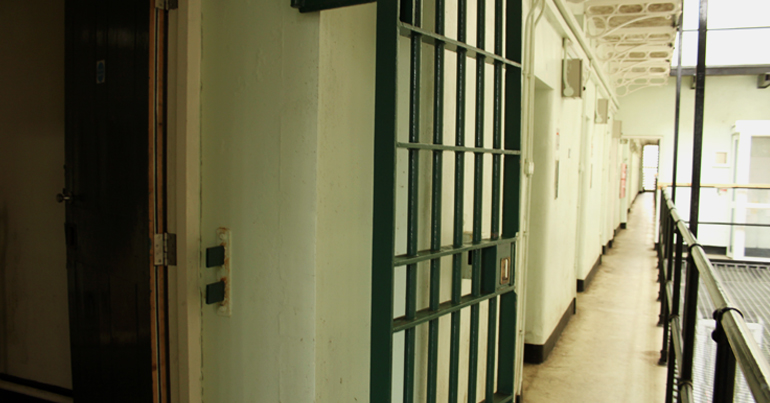 Tory plans to abandon the Human Rights Act will have terrible consequences for prisoners, according to a prison reform campaign group. The Prison Reform Trust (PRT) was responding to a government consultation on scrapping existing laws. The move would see the Human Rights Act scrapped in favour of a new ‘bill of rights’ created by the Tories.

PRT said they were happy to be consulted, but rejected the “entire premise” of the reforms. They said existing laws:

…played a vital role in helping to ensure that people in prison and their families are treated according to basic principles of dignity and respect.

PRT expressed concern that the new laws would:

severely limit the ability of people in prison to seek redress when their human rights have been violated.

And it went even further, calling the Tories out on their conscious plan to strip away prisoners rights.

Indeed, many of the proposals in the consultation seem to have been devised with this explicit intention in mind.

The Trust said they were worried that the Tories had not acknowledged any of the positive examples of human rights law being used to protect prisoners rights. They said that cases had been cherry-picked to support the government’s stance. Such as the:

As The Canary has reported before Tory prison reforms have consistently amounted to little more than a scam.

The Tories claim their Bill of Rights is a natural progression from existing and historical laws. They cite the Magna Carta, the laws which ended slavery and the Human Rights Act itself. They say this new move would advance, rather than destroy, current protections.

The Tories have been pushing through a series of controversial laws in recent years. These include the Police Bill, which would vastly increase police powers; the Border Bill, which would criminalise refugees; and the Overseas Operations Bill, which would allow war criminals to escape prosecution. It could be that this is just another attempt to ram through draconian measures while the Tories enjoy a sizeable majority in parliament.

The Bill of Rights is another expression of that same authoritarian urge. It may also been seen as another distraction tactic by the Tories to please their base.

In a recent debate in the Commons, Labour MP Steve Reed clashed with justice secretary Dominic Raab. He called the plans a “dead cat distraction tactic” by a government which can’t fix the justice system and is trying to stave off allegations of corruption:

This is little more than an attempt to wage culture wars because they’ve surrendered from waging war on crime and corruption.

He also said that the Conservatives tended to the wheel out human rights reforms whenever they were in trouble.

But whether the Tories intend to push on with the reforms or are just posturing, the experts are warning that the bill of rights’ could be another serious blow against human dignity.