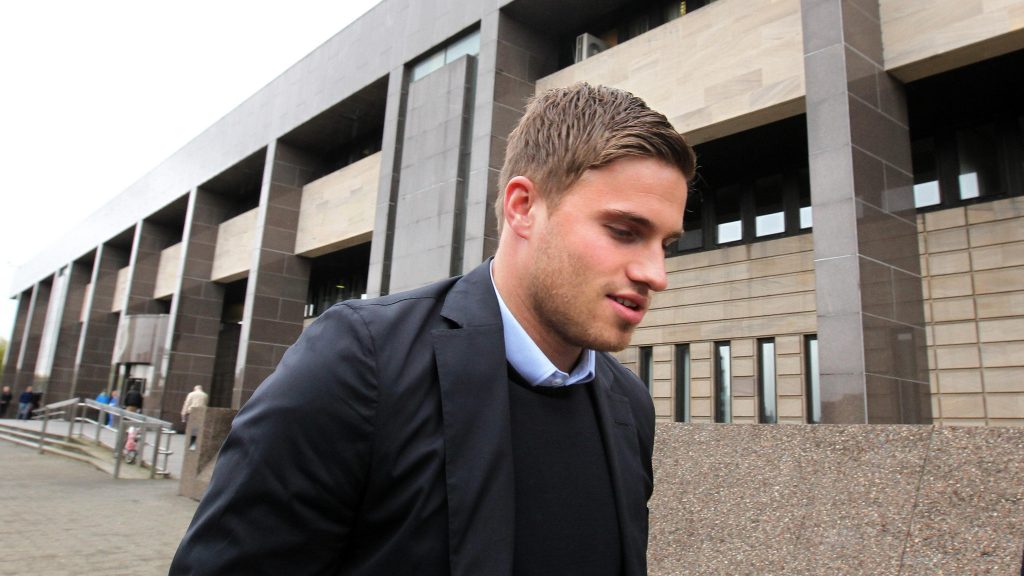 Clyde Ladies players have said they no longer want to play for the club after the return of former Scotland striker David Goodwillie to the men’s squad.

The Cinch Scottish League One side confirmed they signed the 32-year-old, who was found by a judge in a civil case in 2017 to have raped a woman, on loan from Raith Rovers until the end of the season.

In a statement, the Clyde Ladies squad said they will no longer play for the club as a result.

We can today confirm the general manager/secretary of Clyde Ladies has resigned on hearing the news of the return of David Goodwillie to the club.

All of the players in the ladies team have discussed the situation with the general manager/secretary and they are all in agreement that we no longer wish to play for Clyde FC. This will start with immediate effect.

As a group of female footballers all we wish to do is play the sport that we love, but due to the current circumstances we are unable to do this.

Clyde revealed on Tuesday that Goodwillie had rejoined The Bully Wee (Clyde’s nickname) following the backlash over his move to Raith. A club statement said:

Following an initial approach by Raith Rovers, and subsequent agreement between the two clubs, we can confirm that David Goodwillie has returned to Broadwood on loan until the end of the 2021-22 season.

This enables David to return to first-team activities including training and playing and, in doing so, continue his career in football at the current time.

“Disgusted doesn’t even begin to touch it”

Author Val McDermid, who withdrew her backing of Raith Rovers when the club signed Goodwillie earlier this year, said of his move to Clyde on Twitter:

Disgusted doesn’t even begin to touch it.

All that mealy-mouthed stuff from the board about contract-ending negotiations? Do @RaithRovers think we’ll all have forgotten about this by the end of the season?

North Lanarkshire Council, which owns Clyde’s Broadwood Stadium in Cumbernauld, said it is now reviewing its commercial partnership arrangements with the club following the announcement.