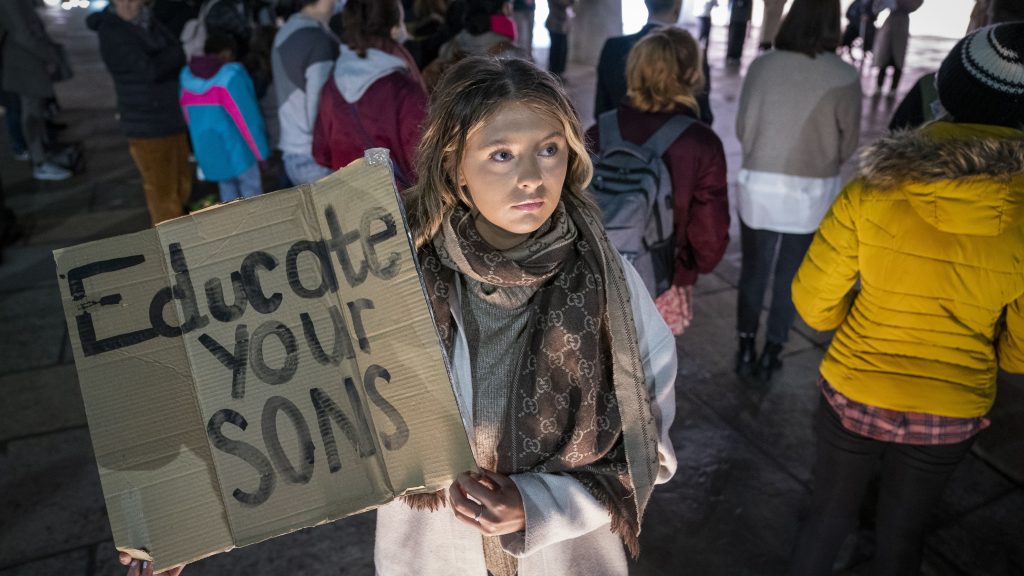 Women pledged to “put pressure on those in power” as they marked the anniversary of the murder of Sarah Everard.

Demonstrators gathered outside the Scottish Parliament in Edinburgh a year after the 33-year-old was kidnapped, raped, and murdered by a serving Metropolitan Police officer as she walked home in South London. Her killing in March 2021 sparked outrage across the country, but campaigner Rachel Chung said 12 months on “nothing has changed”.

I want to wake up in the morning and know that I am treated like a person.

Together with Alice Jackson she was inspired to form Strut Safe in the wake of Everard’s murder, with volunteers from the group  providing a free service to help women walk home safely in Edinburgh, along with phone support in the rest of the UK. Speaking at the rally, Chung insisted:

We’re punching up, we’re here to put pressure on those in power, and if those in power are not prepared to listen then we will leave them behind.

As long as we are out here protesting, as long as I can look out into this crowd and see all of you come out here, then I have hope, I have radical hope that we will see change.

Because we’re not going to give up. There are more of us than there are of them, and because we are stronger than they are.

With politicians mingling with demonstrators among the crowd, one mother took the chance to demand change. Jessica Ross attended the rally with three of her children, who were carrying flowers to remember Everard. As they were photographed, she shouted:

A picture is awesome, but I shouldn’t have had to drag them out and explain why [Sarah Everard] died.

“We should be able to live our lives”

SNP MP Hannah Bardell told the crowd that male violence “continues to be a huge and pervasive issue”.

We have a problem in society across the UK. If we continue to ask what a woman was wearing, how drunk the woman was, how the woman got home, we are not going to take on the challenges we face of misogyny and male violence in our society.

Because it doesn’t matter if we are just walking home, or out for a run in the middle of the night, or dancing down the street in our knickers, we should be able to live our lives without fear of being murdered.

The Central Scotland MSP said the rally was “also about all the other women who don’t get a mention, the women who were murdered behind closed doors by the people that they loved and trusted”. She added:

We say tonight ‘enough is enough’.