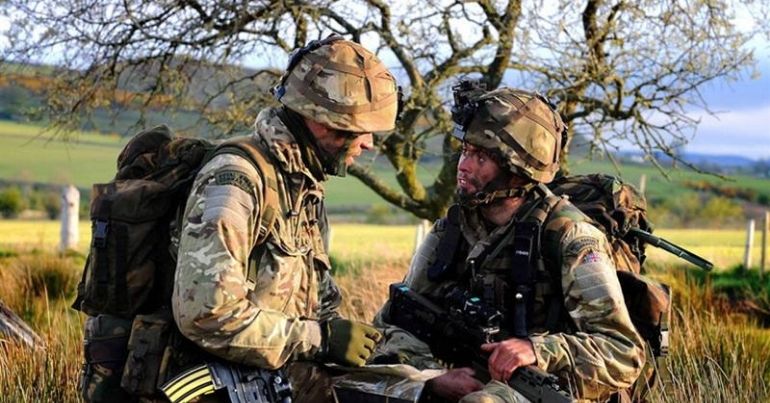 A top military lawyer has warned that the Tory war crimes immunity bill is not what it seems. On closer inspection, it looks more like a Ministry of Defence (MOD) cash-saving exercise. One that could rob wounded and sick soldiers of their right to compensation.

The criticism comes after new figures revealed that claims by military personnel against the military vastly exceed allegations of abuse from people in Iraq and Afghanistan.

On 18 October, shadow defence minister John Healey revealed statistics which show that for every single allegation of abuse by UK troops in a warzone, 25 cases were brought by service personnel against the military.

Healey warned that the proposed Overseas Operations Bill’s six year limit on bringing new claims would impede claims from military personnel and veterans for injuries sustained due to MOD negligence and wrongdoing.

The figures show that between 2004 and 2019, the military paid out £20m to victims of abuse at the hands of UK troops. At the same time serving and former personnel received an astonishing £752m for injuries in the line of duty.

Moreover, top military lawyer Hilary Meredith has now intervened in the debate around the controversial bill. Her firm represents veterans and military personnel in cases against the MOD.

Meredith warned that Section 2 of the bill would damage personnel’s rights. This is the section of the bill which deals with liability. She said:

It is totally unacceptable for the Government to legislate to deny those who put their lives on the line for our country overseas the same employer liability rights as the UK civilians they defend. The section must be scrapped – it clearly breaches the Armed Forces Covenant.

She said that the government rhetoric around that section of the bill:

becomes more suspicious when we see the number of credible cases from our armed forces against the few vexatious claims by civilians under the Human Rights Act in Iraq and Afghanistan.

It is a sad fact that there always seems to be a money-saving inspired motive with everything the MoD does – and the proposed six-year longstop on civil claims is no different.

As The Canary has reported in recent weeks, the Overseas Operations Bill isn’t quite the patriotic defence of military personnel that the Tories claim it is.

Lawyers, former soldiers, and human rights organisations have ripped the bill to shreds in front the Parliamentary Human Rights Committee.

As time goes on, it looks more and more like an establishment stitch-up. One designed to protect the military hierarchy and British foreign policy at the expense of war crimes victims, the rule of international law, and the very British soldiers it claims to help.