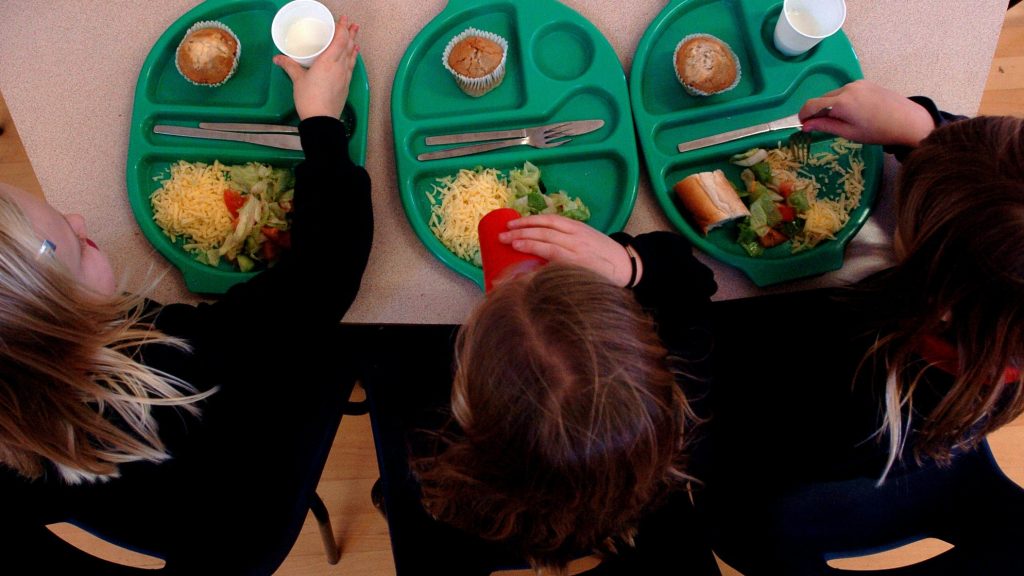 Headteachers have been left angry by a letter from ministers reminding them to provide pupils with nutritious food in school. It comes just days after MPs rejected a campaign to extend free meals to children during the holidays.

The letter came from children’s minister Vicky Ford and junior health minister Jo Churchill. It was sent to school leaders on the morning of Friday 23 October to encourage them to offer a healthy and nutritious hot meal to their pupils during term-time. Heads received the letter two days after a Labour motion to offer free school meals to poorer children during holidays was defeated in parliament. The motion, defeated by 322 votes to 261, was prompted by a campaign started by footballer Marcus Rashford.

School leaders on social media said the letter was “unbelievable”. They added that they were “fuming” and were “speechless”.

Headteacher Andy Byers shared the correspondence from the Department of Education on Twitter. He told the PA news agency that there was anger and “plenty of incredulity” at the timing of the letter.

Communities stepping in where parliament failed

Meanwhile, a growing number of local authorities and pubs, cafes and restaurants announced they would provide meals for local children during the October half-term.

Local authorities, schools and businesses in communities across the country are now stepping in where Parliament has not. This is not, however, sustainable long term and the funding needs to come from Government.

Adding insult to injury the children’s minister has sent out a letter to heads today reminding them of the importance of promoting healthy eating in schools. You couldn’t make it up. Learn the lesson and reverse the decision is the only way Boris Johnson must now proceed.

The letter on school food provision, shared with PA, said:

The vast majority of children are in school and we understand schools may be finding it hard at this time to provide children with their usual hot meal at lunchtime especially given the need to minimise contact between bubbles.

Furthermore, higher numbers of parents may also be sending their children in with a packed lunch.

Schools have flexibility within the School Food Standards around which products/foods they serve across the school week. There is no legal requirement that meals should be hot, however we do encourage this and ask all schools to routinely be offering a varied hot meal option to pupils.

It is much harder to comply with the School Food Standards through the provision of cold food alone. I would urge you all to work closely with your caterers to make every effort to ensure children are receiving a healthy and nutritious hot meal at school.

A Department for Education spokesperson said:

All schools have gone to extraordinary lengths to get children back into education this term, and the letter was first and foremost to thank school staff for their efforts in getting kitchens open and once again providing meals to pupils, including those eligible for benefits-related free meals.

We recognise the pressures in schools during this pandemic and so we wanted to reassure them that we will not be introducing changes to the School Food Standards at this time but that we expect the current robust standards to still be followed and implemented.