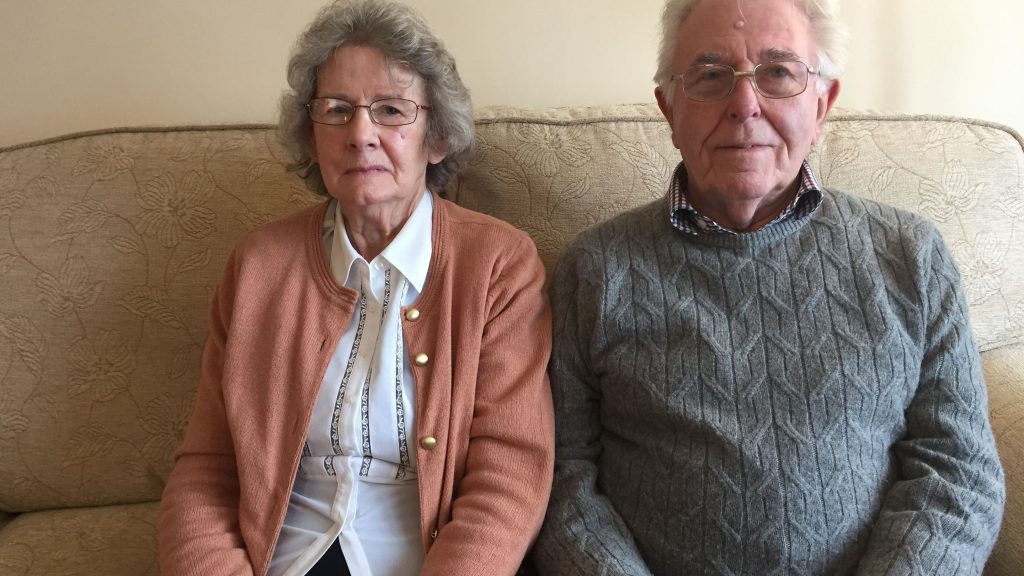 A police force “threatened” an elderly couple with a £6,000 legal bill as they sought answers over their daughter’s murder, their lawyer has claimed.

Peter and Elizabeth Skelton have spent almost a decade fighting for justice after their daughter Susan Nicholson was killed in 2011. Initially, Sussex Police ignored their pleas for her death to be investigated. They insisted the circumstances were not suspicious, and an initial inquest found her death was accidental.

The West Sussex couple, who are in their eighties, spent around £10,000 of their life savings paying for experts to review the evidence. Only then did the force agree to question Robert Trigg, Nicholson’s partner at the time.

Trigg had a history of violence against women. He had also been at the scene of his ex-girlfriend Caroline Devlin’s death in 2006. A post-mortem examination found Devlin’s death was due to natural causes.

However, in 2017, Trigg was found guilty of Devlin’s manslaughter and Nicholson’s murder. This prompted Sussex Police to apologise to the victims’ families and offer compensation. They also pledged an independent review into their actions.

Prior to Trigg’s prosecution, the force investigated its own officers three times. But it found nothing wrong with their handling of the initial probe into Nicholson’s death. Since then, initial findings of the independent review suggest potential “missed opportunities” in the case. The full findings are yet to be published.

After Trigg’s conviction, the finding in Nicholson’s original inquest was quashed and a new one ordered. But senior West Sussex coroner Penelope Schofield rejected the family’s calls for a full inquest, which would consider whether police could have prevented Nicholson’s death. This led the family to fundraise so they could pay to take their quest to the High Court.

The coroner, the defendant, chose to remain neutral in the case. Sussex Police, an interested party, “rigorously” opposed the judicial review, according to the family’s lawyer Alice Hardy. She claimed the force presented the family with a £6,000 legal bill prior to the hearing, telling them “if we lost the case that they would expect Susan’s parents to pay for their legal fees”.

After the proceedings had taken place, the cost would have risen “substantially”, Hardy told the PA news agency. The threat was “very stressful” for the family and put them at “substantial financial risk”, she said.

All they wanted was to ensure that the police were fully answerable to what happened prior to Susan’s death and whether she could have been protected.

They wanted to know those answers and they shouldn’t have been put in that position.

She said the force “didn’t have to fight this challenge at all” but they chose to “fight pretty hard”, adding:

I really would have expected better from Sussex Police.

Hardy said this was “disappointing” given how hard Nicholson’s parents had worked to bring Trigg to justice in the first place, which she described as a “public service”. Skelton claimed the police “had plenty of opportunity to stop Robert Trigg because he had a history of violence going back years and years”. He added:

They could have stopped Trigg well before he got to Susan.

This case should have never gone as far as it did if the police did their job properly.

The couple claim they’ve been repeatedly failed by public bodies during their almost 10-year fight for justice. Hardy described the Skeltons as “extraordinarily courageous” and their battles “indescribable”, adding:

Many people in that situation wouldn’t have had the courage and the energy and the determination that they’ve shown.

But it’s terrible that it’s taken that for them to get to this point.

When PA put the claims to Sussex Police, a spokesperson said:

The payment of legal costs by the respective parties remains to be resolved by the parties and the court in due course and we are not prepared to comment further at this time.