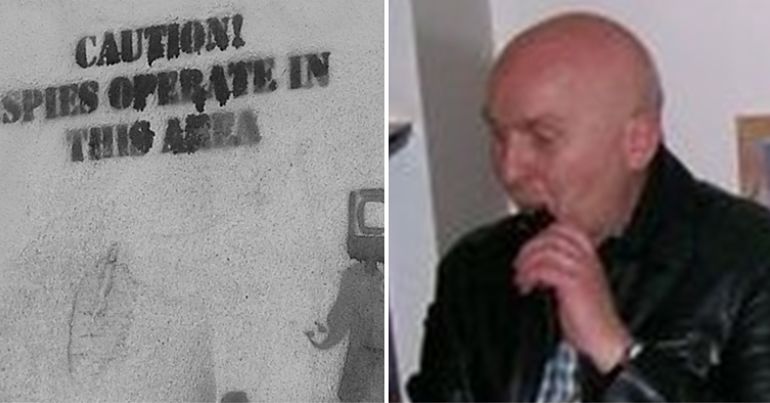 In 2012, Brendan McConville and John Paul Wootton were convicted of the 2009 murder of PSNI Constable Stephen Carroll in County Armagh. Their campaign team, who call them the Craigavon Two, believe their conviction is a miscarriage of justice.

Currently the Covert Human Intelligence Sources (CHIS) bill is making its way through parliament. And the use of an MI5 agent in the Craigavon Two case underlines, again, how dangerous this legislation can be.

On 21 October, Channel 4 News broadcast its investigation into the use of MI5 agents in Ireland. It revealed that MI5 agent Dennis McFadden could have been undercover in Ireland “for up to 20 years”.

As reported by The Canary, McFadden was the MI5 agent implicated in the arrest of Palestinian activist Dr Hijjawi-Bassalat and alleged members of the New IRA.

During an interview on the Channel 4 News investigation, Brendan McConville said:

I believe he [McFadden] sabotaged my appeal.

Dennis unlawfully obtain[ed] legally privileged information pertaining to the appeal strategy and proposed witnesses. This information was unlawfully used by MI5 to manipulate the outcome of the Appeal.

Dennis abused the trust and confidence within the campaign and family home.

“A punitive act of censorship”

Since the airing of the Channel 4 News interview, The Canary has learned of prison authorities placing an alleged sanction against Brendan McConville. On its social media page, a prisoner welfare group alleges:

Following on from a recent Channel 4 news documentary where current Republican Prisoner, Brendan McConville, spoke to reporters via telephone of his case and the involvement of British agent Dennis McFadden in the Craigavon 2 campaign, the MI5 led Maghaberry regime has suspended telephone contact with his elderly mother and father in what can only be described as a punitive act of censorship.

The Canary contacted the Northern Ireland Prison Service for comment, but it did not respond by the time of publication.

These recent revelations are quite timely as the CHIS bill is going through parliament. But while the Tory majority is, so far, seeing the bill pass through the relevant stages in the House of Commons, it’s strongly opposed by many in the Labour Party.

Despite Keir Starmer’s instructions for Labour MPs to abstain from voting on this bill, 34 MPs ignored him and voted against it. Among the 34 were Jeremy Corbyn, John McDonnell, and Diane Abbott. Shadow ministers Margaret Greenwood and Dan Carden also rebelled against Starmer’s wishes and resigned from the front bench.

An editorial in the Guardian claimed CHIS was “unfit for purpose”. The Morning Star went further, saying it was “an authoritarian power-grab”. It went on to say:

Recent years have repeatedly exposed reasons not to trust the secret state — from police collusion in the illegal blacklisting of thousands of trade unionists in the construction industry to the infiltration of peaceful protest groups by undercover officers whose “cover” entailed beginning long-term sexual relationships with women on false pretences. Some of these relationships resulted in children.

And human rights campaigners are absolutely right to point to the appalling history of British state collaboration with loyalist paramilitary groups in Northern Ireland, where undercover agents’ crimes included murder.

The Craigavon Two’s legal team submitted their case to the Criminal Cases Review Commission (CCRC) in late 2016. They did so because the CCRC has the power to refer cases to an appeal court. The Canary contacted the CCRC for comment, but it didn’t respond by the time of publication.

Solicitors for the Craigavon Two say:

McConville and his family claim that McFadden infiltrated their justice campaign. So they believe the “conviction should be rendered unsafe”. They intend to pursue this matter with the CCRC.

Featured image via Flickr – Kieran Lamb & permission given to The Canary