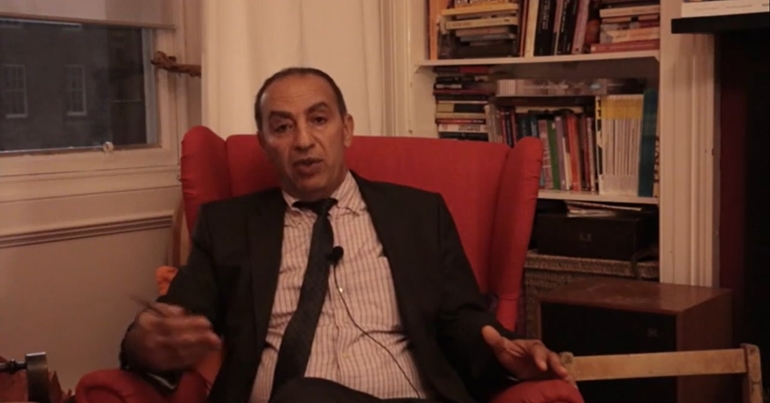 As reported by The Canary, in August police arrested alleged members of the New IRA in the north of Ireland as part of ‘Operation Arbacia’. Police also arrested GP and Palestinian activist Dr Issam Hijjawi-Bassalat as part of that operation. Hijjawi-Bassalat is currently on remand in Maghaberry Prison near Belfast.

The current hunger strike undertaken by current republican prisoners is in solidarity with our Palestinian comrade Dr Issam Hijjawi who is also on hunger strike… in isolation in Foyle House.

The conditions in Foyle House are not fit for human purpose. As we have stated in previous statements, an ODC [ordinary decent criminal] has recently contracted Covid-19 and is situated in Foyle House. Conditions are disgusting and unhygienic.

On its social media page, the IRPWA stated Dr Hijjawi-Bassalat:

has multiple health conditions, has insisted that if this [being placed in isolation in Foyle House] happened he will embark on a hungerstrike. We feel that to put Issam in isolation is being vindictive and a continuation of the concerted, petty targeting that he has endured since entering Maghaberry.

The Republican Prisoners in Maghaberry Roe House and Portlaoise E3/E4 will support Issam in this stance by engaging in a solidarity hungerstrike alongside him.

The prisoner welfare group claims there’s no need for Dr Hijjawi-Bassalat’s coronavirus isolation in Foyle House. Because it claims prison authorities could accommodate him in isolation in the republican wing. However, a spokesperson for the Department of Justice said:

Since the beginning of Covid-19 over 1,000 men have come through the isolation areas [Foyle House] and into the main prison.

During Dr Hijjawi-Bassalat’s unsuccessful bail hearing, his defence claimed he is “a man of good character” who has “never [been] in trouble before”. It also presented over 30 character references describing the doctor as being an advocate of non-violence and Palestinian human rights.

His solicitor said his client once chaired the Palestinian Society in Scotland which is a:

peaceful and democratic organisation which raises awareness of the Palestinian cause

His defence team went on to say:

He was caught up in the dirty squabble of war between MI5 and Irish republicans. These charges are an affront to freedom of speech.

My client speaks to numerous groups on Palestine. He went to the Saoradh Ard Fheis [AGM of this left wing Irish republican party], he was certainly misled. Refusing bail drives a coach and horses through the presumption of innocence. There are issues of entrapment. Hopefully the prosecution sees sense and drops these charges.

Dr Hijjawi-Bassalat claims an MI5 agent (Dennis McFadden) “pestered” and lured him to a meeting with alleged members of the New IRA.

In November 2015, the HM Inspectorate of Prisons and Criminal Justice Inspection Northern Ireland (CJINI) described Maghaberry as “a prison in crisis”, with “unsafe and unstable” conditions. Nick Hardwick of Her Majesty’s Chief Inspector of Prisons in England and Wales said:

Irish republican prisoners have used hunger strikes as a form of political protest in the past. A number of those who protested during those years did so to the death. However, this protest will continue for 14 days.

The Canary contacted the Northern Ireland Prison Service (NIPS) for comment but it did not respond by the time of publication.