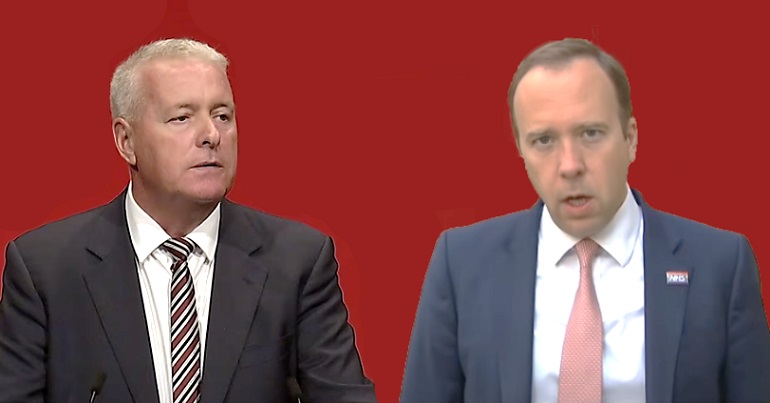 The Tory government is in the midst of more chaos. Nothing new there, obviously. But this time its coronavirus (Covid-19) policies are even more contradictory than usual. Enter a Labour MP, who in one tweet brought the government’s approach to the pandemic crashing down.

Ian Lavery is Labour’s MP for Wansbeck. Under Jeremy Corbyn, he was the party chairman. But even after leaving the role in April, he’s still setting fire to the Tories.

Lavery tweeted on Sunday 20 September that:

Is this threat of a £10k fine not a massive deterrent to seek a test if indeed your heading towards financial hardship due the withdrawal of furlough ?

If you were looking for a summing-up of the problems with the Tories’ coronavirus plan, then that’s the tweet. Because it seems that ‘joined-up thinking’ is not part of the government’s strategy.

First, and as ITV News reported, the Tories are threatening us with up to £10,000 fines. These are if the government tells us to self-isolate and we ignore it. ITV News noted that:

Coronavirus rule breakers in England could soon face a minimum £1000 fine as it becomes law for those who test positive, or are contacted by Test and Trace, to self-isolate.

Under the new rules, repeat offences – and the most serious breaches – could be punished with fines of up to £10,000.

So the Tories will sting us with a £10k bill if we breach self-isolation rules. But as Lavery implied, another Tory policy (or rather the lack of one) could impact this.

BBC News reported that the furlough scheme is ending. It said:

Since March, almost 10 million people have been placed on the furlough scheme, which pays the wages of those who cannot work because of coronavirus.

Businesses now have to contribute towards the salaries of their furloughed staff and the scheme is due to end on 31 October.

Chancellor Rishi Sunak has repeatedly ruled out extending the scheme.

So, as Lavery said, people who are already hard up may not want to even know if they have coronavirus. Because having to self-isolate could lead to even more financial distress.

And all this is without other policies.

For example, the Guardian reported that the ban on evictions that’s been in place is ending on 21 September. As it wrote:

As many as 55,000 private renters are thought to have been given an eviction notice between March and August

These people are now at risk. But as Shelter tweeted, thousands more renters could also be at risk:

Over 300,000 private renters have fallen behind on their rent since the pandemic hit.

With the eviction ban lifting today, emergency funds to clear Covid-arrears are the best shot the government can give struggling renters to keep hold of their homes.https://t.co/mV9NhKOy8j

If you’re already struggling with rent, are you going to risk a fine, too? Probably not. So again, Lavery’s point about coronavirus test avoidance could ring true.

As The Canary‘s Maryam Jameela reported, there’s also growing concern about universities reopening. But students, some of whom are financially struggling, are also put in a difficult situation by this policy: risk a fine and keep up with their education, or self-isolate and fall behind.

The government’s way of thinking is a joke. Fining people when they can’t work due to government rules seems ridiculous. As Andrew Fisher said:

People will self-isolate if you give them the money to survive while they do.

But of course, when you have a government more concerned with wealth and not health – prioritising the economy over people’s lives – that’s unlikely to happen.