Assange prosecution could be another 'Watergate'. But the real villains are yet to face justice. - The Canary 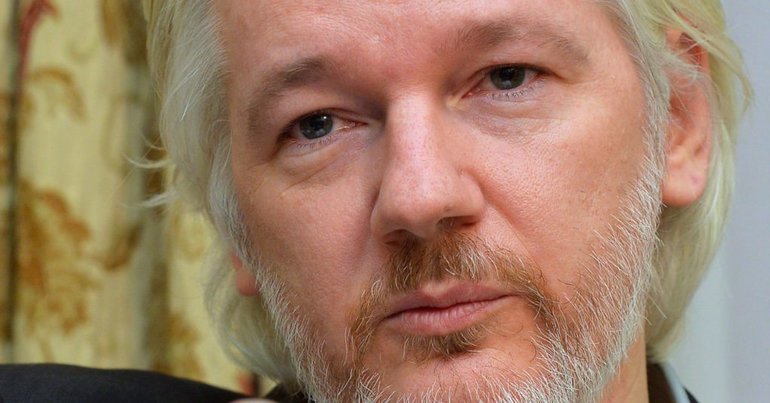 Written statements by defence lawyers and witnesses, given at WikiLeaks founder Julian Assange‘s extradition hearings at the Old Bailey, have recently been published online. They suggest that certain events associated with Assange’s prosecution bear all the hallmarks of the US political scandal known as ‘Watergate‘.

In one of the statements, defence lawyer Gareth Peirce outlined how the Ecuadorian embassy in London, on behalf of the Ecuadorian government, was placed under close surveillance by Spanish company UC Global. However, it’s alleged that UC Global head David Morales Guillen provided that surveillance to US intelligence. This was organised via Las Vegas Sands corporation, owned by Sheldon Adelson.

It’s worth mentioning that Adelson donated millions of dollars to the Republican Party and to Donald Trump’s re-election campaign. Peirce provided further details of the surveillance, including monitoring of visits to Assange by his doctors and lawyers, which violates doctor-patient and lawyer-client confidentiality.

More details were provided anonymously by an employee of UC Global. The witness added:

David Morales indicated that the purpose of installing the microphones, as per the request of the United States, was for the microphones and cameras which were situated in places like the meeting room to record the meetings that Assange has with his visitors, but especially those of his defence attorneys and, very specifically, the coordinator of his legal defence [Spanish lawyer and renowned former judge] Baltasar Garzón.

This video provides a visual explanation:

Pierce has claimed that UC Global also monitored Garzón’s movements. And that Garzón’s office was broken into two weeks after conversations took place at UC Global about doing just that. There were even plans to “kidnap and/or seriously harm Mr Assange”.

Regarding the break-in, a UC Global employee states:

Morales spoke about the possibility of entering the legal offices of ILOCAD, the law firm which is headed by Baltasar Garzón in Madrid, given that Mr. Garzon coordinated the legal defence of Julian Assange. This would allow us to obtain information concerning Mr. Assange for the Americans. Two weeks after this conversation, the national media reported that men in balaclavas had entered Garzón’s law offices.

As for the proposal that Assange be kidnapped or poisoned, the same witness stated:

I recall… [Morales] said that the Americans were desperate and that they had even suggested that more extreme measures should be employed against the “guest” to put an end to the situation of Assange’s permanence in the embassy. Specifically, the suggestion that the door of the embassy could be left open, which would allow the argument that this had been an accidental mistake, which would allow persons to enter from outside the embassy and kidnap the asylee; even the possibility of poisoning Mr. Assange was discussed

The witness also claimed to possess photographic evidence of Garzón being followed.

In 1971, Daniel Ellsberg leaked the top-secret History of U.S. Decision-making in Vietnam 1945-68 (which became known as the ‘Pentagon Papers’). They were published by the New York Times and the Washington Post. The documents showed how, according to Ellsberg, the Vietnam War had:

been started and continued by the US Government in the knowledge that it could not be won, and that President Johnson and his administration had lied to Congress and to the public in relation to its origins, costs and prospects.

Ellsberg was charged with violations under the Espionage Act. President Richard Nixon then ordered the “plumbers“, a special investigations unit, to undermine Ellsberg by stealing records from his psychiatrist. Not long afterwards, there followed the infamous break-in of the Democratic offices at the Watergate hotel.

All charges against Ellsberg were dropped once it was known that Nixon organised the burglary and FBI wiretapping of Ellsberg’s psychiatrist’s office.

Ellsberg told the Assange extradition hearings that the surveillance of the WikiLeaks founder was comparable with what happened to himself. In particular, Ellsberg likened Assange’s prosecution to his own, in which the US acted “in part in revenge” in an attempt “to crush all such future exposure of the truth”.

US civil liberties expert Jameel Jaffer also pointed out that the US Supreme Court:

read the Pentagon Papers case broadly as having “upheld the right of the press to publish information of great public concern obtained from documents stolen by a third party.”

It’s not Assange who should be punished now, but those in the highest office. For they continue to protect the war criminals WikiLeaks exposed. Meanwhile, after further submissions, a ruling regarding the extradition request is due on 4 January 2021.