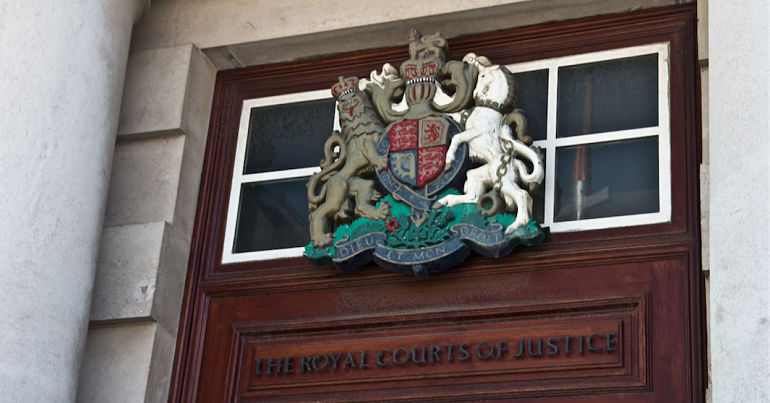 In 2012, Brendan McConville and John Paul Wootton were convicted of the murder of PSNI Constable Stephen Carroll. Now in their 10th year in prison, they are known as the Craigavon Two. Campaigners claim the evidence used in their case is “flawed in many aspects”, and that their conviction is a miscarriage of justice.

As the Innocence Project told The Canary, the system for dealing with possible miscarriages of justice is in need of reform – not just in the UK.

Case against the Craigavon Two

McConville and Wootton spent almost three years in prison before their case went to trial. They are serving 25 and 18 years respectively. Their supporters and legal teams claim it is a miscarriage of justice because:

Having failed to successfully appeal their case in court, they turned to the Criminal Cases Review Commission (CCRC) for help. The CCRC can investigate possible miscarriages of justice and has the power to refer cases to an appeal court.

The Craigavon Two have received support from different quarters. Prior to his death in 2014, Gerry Conlon of the Guilford Four chaired their justice campaign group.

Meanwhile, Dublin City Council has passed a motion calling for their release. Similarly the National Union of Rail, Maritime and Transport Workers (RMT) called for their case to be reviewed in July. And the Leicester branch of Unite Community, supported by Leicester and District Trades Council, told The Canary that it:

support[s] the call for the Criminal Cases Review Commission (CCRC) in Britain to investigate the case against Brendan McConville and John Paul Wootton, as a miscarriage of justice due to serious concern about how the convictions were secured.

The University and College Union Left also told The Canary that it “[calls] on the Criminal Cases Review Commission to fully investigate the case”.

The Craigavon Two are not alone

Miscarriages of justice are not uncommon. Figures released by the Lord Chancellor’s Office in 1999 showed the Court of Appeal abated over 8,470 criminal convictions in a decade. Between 1997 and July 2018, the CCRC has referred 652 cases to appeal. The Innocence Project told The Canary that it estimates the rate of wrongful convictions at 4-6% in the US. Internationally, this figure could be as high as 10%.

This case is currently with the CCRC and the campaign team is fighting for it to be reviewed. But the CCRC is underfunded and struggling to deal with the large amount of applications it receives. Clearly, improvements to the system are sorely needed.

– This case and other possible miscarriages of justice will be discussed by the author at the Byline Festival on 25 August.

– Here’s a petition of support for the Craigavon Two.