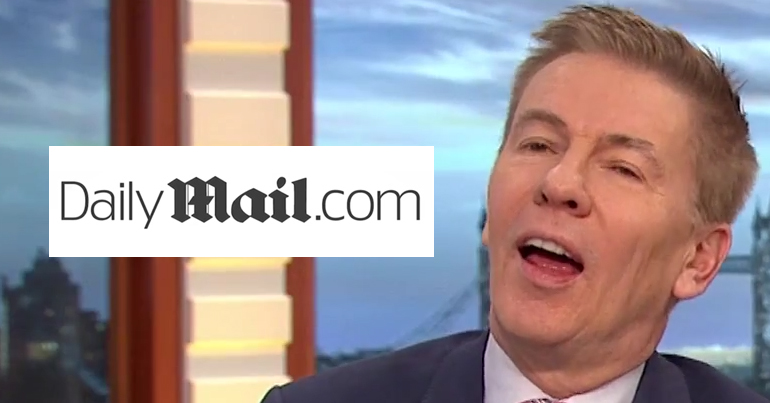 A Daily Mail writer has admitted that he accidentally reported a spoof blog post as real. As a result, he’s been criticised by people on social media, with one branding him a “dumb shit”.

if church leaders had the passion of Brexiteers like Nigel farage [sic], there wouldn’t be such a crisis of attendance in the pews.

It even said that Peter Broadbent, the Bishop of Willesden, “spluttered with outrage” at the news. But Pierce was forced to admit he’d made a big mistake. Because it turned out the source was a spoof story published by blog Archbishop Cranmer on 15 August.

But Pierce wasn’t the only one that fell for the news. UKIP councillor Nigel Simpson appeared to tweet approvingly about the news:

As did Suzanne Evans, a former UKIP leadership hopeful:

Ely Cathedral took to Twitter on 16 August to clear up the confusion:

Thanks for getting in touch. The Archbishop Cranmer blog is a parody and the UKIP flag has not flown over Ely Cathedral.

Although this appears to have bypassed Pierce. Because the Daily Mail published his article on 20 August.

People on social media didn’t let Pierce brush it off so easily. They ridiculed him and the Daily Mail:

Daily Mail hoodwinked by spoof blog about UKIP flag being flown above Ely Cathedral https://t.co/yYO7bQDAvx As soon as I saw the headline I thought "I bet it's that dumb shit Andrew Pierce", I wasn't disappointed

Hahahaha Andrew pierce of the daily mail fell for this spoof post about the UKIP flag being flown over Ely cathedral https://t.co/ksENlhPkgX

The awful @DailyMailUK has reported the @UKIP flag was flown over Ely Cathedral #splutters in #amazement It was @PrideEly flag and Mr Andrew Pierce you got done me young fellah pic.twitter.com/qaq42uYhEN

“I’ve been had” says @toryboypierce. It would take a heart of stone etc https://t.co/FTfhNsKWTh

Even Broadbent, the Bishop of Willesden, joined in:

Shock horror – Daily Mail prints fake news…
No surprise, of course – the Daily Wail does it all the time. But they fell for a @His_Grace spoof and printed it as though it were true https://t.co/e2W5p7NKN4 How we all laughed…

we would never fly any political party’s flag over the Cathedral.

Archbishop Cranmer is a blog that puts forward an “unashamedly Christian perspective” on current events. And its UKIP story was allegedly criticising news that Ely Cathedral flew a rainbow flag for the city’s Pride. But regional Labour MEP Alex Mayer said the move showed a “tolerant and inclusive city”.

Pierce’s article is yet another example of how the Daily Mail puts outrage over truth. And it displays a serious hole when it comes to checking basic facts. But that probably doesn’t come as a surprise to most.

– Check out Stop Funding Hate, which works to get advertisements pulled from papers such as the Daily Mail.