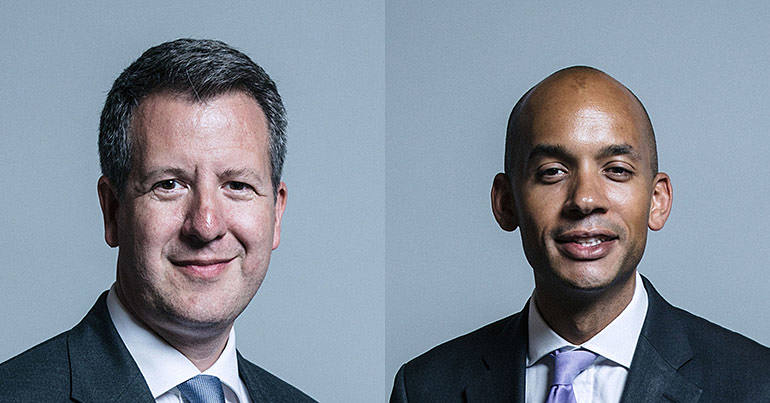 In this week’s game of ‘How to Attack Jeremy Corbyn’, some Labour MPs have spun the wheel and ended up on one of their favourite topics: Venezuela.

MPs on the right of the Labour Party have been using Venezuela’s spiralling economic crisis to attack socialism. But predictably, the main target seems to be Jeremy Corbyn.

The problem, however, is that the cracks in their arguments are starting to show. And it’s led to some spectacular self-owns on social media.

There’s no such thing as context

MP for Streatham and linchpin of the anti-Corbyn cabal Chuka Umunna got the ball rolling by hitting out at the Venezuelan economy:

The Venezuelan economic model has been lauded. Annual inflation there is now running at 80,000% and hammering their people. No thanks https://t.co/0N5aPmpjsE

Who Umunna is referring to when he says “the Venezuelan economic model has been lauded” is unclear. But judging by Corbyn’s record of support for socialist policies in Venezuela, it’s not hard to guess.

Twitter, however, was quick to put the MP in his place for completely ignoring the context of Venezuela’s crisis:

If you don't mention that Venezuela's problemsare directly because of low oil prices, economic siege by the US , and debt in a currency it doesn't control, that's not misleading, it's downright dishonest.

Mainstream media analysis often fails to emphasise the effect that cut-throat US sanctions (and general hostility), low oil prices and oil dependency, and international debt have had on Venezuela’s economy.

Of course, prominent US propagandists in academia like this play their role and blame Maduro and Socialism for Venezuela's economic problems and intentionally obscure the US' sustained campaign of economic warfare against it. pic.twitter.com/u701FZxsGB

Nothing to do with American interfering, right? You're in the wrong party fella

The fact that Umunna is one of several politicians expected to launch a new centrist party (something Umunna denies) perhaps confirms the opinion in the tweet above. And judging by the Twitter game of Chris Leslie, MP for Nottingham East, Umunna’s not the only one.

Unsurprisingly, Leslie was fast to jump on the socialist-bashing bandwagon:

Former Venezuelan diplomat Isaias Medina says communists relish driving people away with “if you’re not with me, you’re against me” attitudehttps://t.co/0a48xrfEfp

Again, who is this magical “some” championing Venezuelan economics? We can only wonder…

But it was Leslie’s complete refusal to look at the context that really riled Twitter:

Appalling to think that some comment on the situation without taking account of the economic war the US and its allies have waged against Venezuela for stepping out of line. But that is the way it is done and ignorant or morally corrupt journalism goes along accepting narrative.

It’s sometimes hard to tell if you’re completely disingenuous all the time or just not all that bright. Thanks for clarifying.

Someone also pointed out that, if Leslie was trying to attack the economic policies of Corbyn’s Labour, he would do well to take a look at his own party’s manifesto:

Labour's manifesto is much more aligned with the economies of countries like Finland, Norway and Sweden, and you know it.
Those are the countries consistently polled as the happiest places to live in the world.

And it looks like Twitter hit the nail on the head. Because upon returning to the topic of the Venezuelan crisis, Leslie managed to show his ignorance with a cataclysmic self-own:

This is literally communism pic.twitter.com/t8culM8kwV

Venezuela is not a ‘communist’ country by any stretch of the imagination. In fact, some critics on the left claim it has more in common with state capitalism. And as the Nation wrote in 2016:

while Venezuela has moved away from free-market capitalism, its economy is hardly socialist. The private sector, not the state (and still less the social economy), controls the overwhelming majority of economic activity.

Using Leslie’s own words against him, Twitter users quickly debunked his false claim:

You have literally no idea what you're talking about.
This isn't even close to communism.
It's a largely capitalist economy that's heavily dependent on exports of one resource that it has an abundance of.
Oil.

remarkably efficient tweet, chris. just four words and yet you have managed to completely humiliate yourself

Mate, why don't you wait for a subject you're qualified on, like holding open doors, photocopying or making bad tweets?

The current crisis in Venezuela can be chalked up to many different factors; but blaming hyperinflation rates on ‘socialism’ or ‘communism’ is either intellectually dishonest or just plain ignorant. What’s more, if we tried to link capitalism to today’s many (and more extreme) international humanitarian crises in the same way, we’d struggle not to conclude that it is far more dangerous than socialism. So it’s the height of cynicism for right-wing Labour MPs to use the pain of Venezuela’s people as a stick with which to beat their own party leader – no matter how opaque their insinuations might be.

Jeremy Corbyn’s past solidarity with Venezuela’s political process stems precisely from its attempts to make the economy work for the many, not the few. Former President Hugo Chávez, for example, halved poverty levels, eradicated illiteracy, and created a national system of free universal health care.

If anything, MPs like Umunna and Leslie should be spending time thinking about why socialist policies are becoming so popular in the 21st century. It might even help them avert complete disaster if they do end up launching their own party.