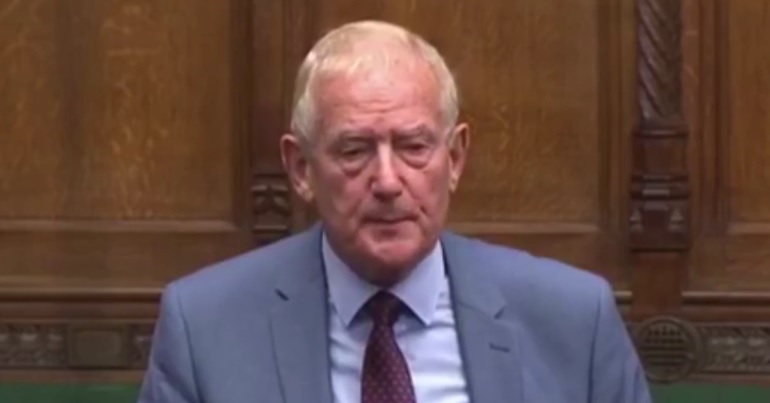 A Labour MP is quickly earning the rather lousy title of being the party’s biggest hypocrite.

Barry Sheerman has recently attacked a fellow MP for putting the future of Labour in “jeopardy“. He’s also claimed there’s a “deep intolerance” in his party at present.

But Sheerman doesn’t appear to have the best record in tolerance himself. Nor do his actions show an MP who welcomes the “broad church” he says is the essence of Labour’s success.

So people are pointing out that he’s a hypocrite – and a fairly prolific one at that.

Labour MP Chris Williamson is taking The Democracy Roadshow to Huddersfield on 24 August. That’s Sheerman’s territory – and he doesn’t like it one bit:

I have written to Jeremy Corbyn to express my concerns about the impact of Chris Williamson’s roadshow stoking tensions and damaging our party’s ability to win a general election. pic.twitter.com/zKQJEACbvq

Widely regarded as a centrist MP, Sheerman fears the event “to discuss Labour’s Democracy Review and the road to Conference 2018” is heading to his area to stir shit, and leave behind a stinking mess that will ‘damage’ the party. Williamson denies this. He said:

This tour is holding events wherever we’re invited. And if MPs are sincere about representing our movement and our country then they obviously have nothing to worry about.

And he elaborated in his own letter:

For more on the #DemocracyRoadshow see our website: https://t.co/zUl9CmsFdg and come along, we wont bite! pic.twitter.com/VRp0cYkHS1

Funnily enough, Sheerman didn’t appear as concerned about the health of the party in 2016. Because he joined the so-called ‘chicken coup’ in an attempt to oust Jeremy Corbyn. Then, in the wake of shoddy polls in October of that year, the Huddersfield MP united with others to “attack” the Labour leader again. As a Labour source said at the time:

Some argue that his recent outburst isn’t doing the party any favours either:

You might to have a word with this guy called 'Barry'. Keeps attacking Jeremy Corbyn for no apparent reason, & against members' views. You're gonna be really angry with him tbh. No solidarity. Shocker. pic.twitter.com/Jr9Zg7xlkI

Can you link me to your letter about Mann, Woodcock, Philips, Streeting, Austin, Gapes, Mann, Jones etc, re – "damaging our party’s ability to win a general election." Or have you had your eyes closed for the last few years?

So much for putting the party first.

Sheerman did, however, explain why he’s trying to put the brakes on an event that’s promoting more democracy in the party:

I am speaking out now because the tolerant comradely Labour Party that I love is under attack from those who despise diversity & fraternity! Our highly respected Huddersfield chair who happens to be a Quaker recently voted off executive!

:Tolerant and comradely Labour Party that you love"?…Did you complain about any of the Monday night PLP grotesque bullyfests then between Sept 2015 and June 2017 when your colleagues tried to "break Corbyn as a man"?….Sheer hypocrisy.. #CultOfGivingAShit

Nor was he very keen on the “diversity” that Corbyn’s election brought to the party. During Corbyn’s first leadership election contest in 2015, Sheerman called for the party to pause it. He told the BBC that many people had joined the party to vote for Corbyn, some with “malign” reasons.

Meanwhile, he once asked “why can’t Camden Food Co employ English staff?”. Apparently, he was “cross” because a staff member who “couldn’t speak very good English” got his order wrong.

Don't give him a bad bacon bap – crikey. pic.twitter.com/azlKTEEQjS

So much for tolerance, fraternity, and comradely behaviour then.

Sheerman is right, though. If there was more tolerance, comradeship, and fraternity in the Labour Party, it would probably do its health wonders. Sheerman is, however, one of the many Labour MPs who are doing the exact opposite – except, it appears, when it serves his own interests to call for a united front.