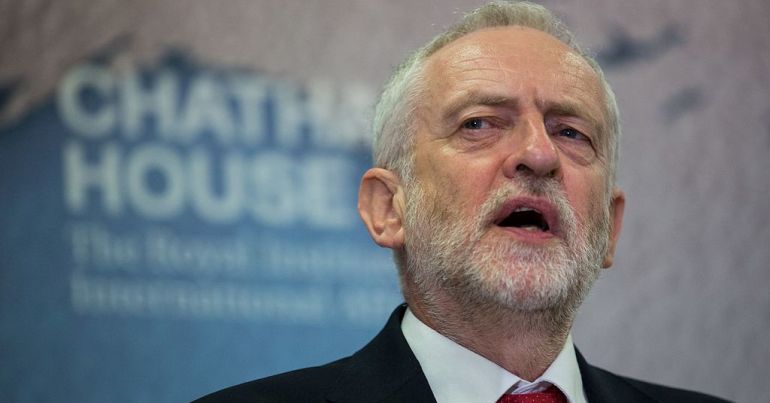 On the evening of 22 August, Jeremy Corbyn shared a radical proposal to reform the BBC:

We need to set journalists and citizens free to hold power to account, by breaking the grip of tech giants and billionaires on our media.#ChangeTheMedia
https://t.co/k9y5Nu0cJ0

The internet hasn’t stopped talking – or using the hashtag #ChangeTheMedia – since. And there’s been resounding support for the proposals, which are being hailed as an important step in holding those in power to account:

Journalism should be about holding the wealthy and powerful to account, but that's dying. So Labour's plans to strengthen Freedom of Information, give charitable status to local and investigative journalism, and tax digital giants to fund the BBC is a big deal. #ChangeTheMedia

.@jeremycorbyn to outline plans tomorrow to fix our failing media by setting journalists & citizens free to hold power to account. Without major changes a “few tech giants and unaccountable billionaires will control huge swathes of our public space and debate”. #ChangeTheMedia

The proposals also call for greater transparency and diversity in the BBC‘s hiring practices, by requiring it to “publish equality data, including for social class, for all creators of its content”:

Corbyn proposes greater transprancy in regard to the diversity and make up of the BBC workforce, including class. He knows it will expose how unrepresentative of the UK population as a whole it is.
The time has come to #ChangeTheMedia to better represent the many, not the few

Who could argue against more transparency and diversity in our media? Apart from all of those in power who have something to hide, obviously. And…..cue the next @jeremycorbyn smear… #ChangeTheMedia

If the plans are implemented, large tech corporations would be taxed to fund the BBC, and licence-fee payers could influence the BBC‘s output by electing representatives to the governing board.

And plans to facilitate and support local and independent media have also made people optimistic:

Corbyn’s proposals to #ChangeTheMedia are some of the most exciting and radical policies he’s announced yet.

A truly independent, democratic and diverse BBC.
Local & investigative reporting funded by the billionaire tech firms who helped put them out of business.

There was some criticism, of course:

But the issue of BBC bias, and the popularity of the #BBCswitchoff campaign, suggest that many are ready for change:

This is a huge announcement by @labourpress.

Remember days when journalism = exposing the truth? The days before manipulation, censorship and bias?The days before Murdoch #BBCBias etc destroyed our trust in ‘the news’? #ChangeTheMedia

All in all, Corbyn’s radical new proposal to reform the BBC and #ChangeTheMedia has given many people hope – hope for an opportunity for real democracy, accountability, and lasting change. And we are definitely here for it.