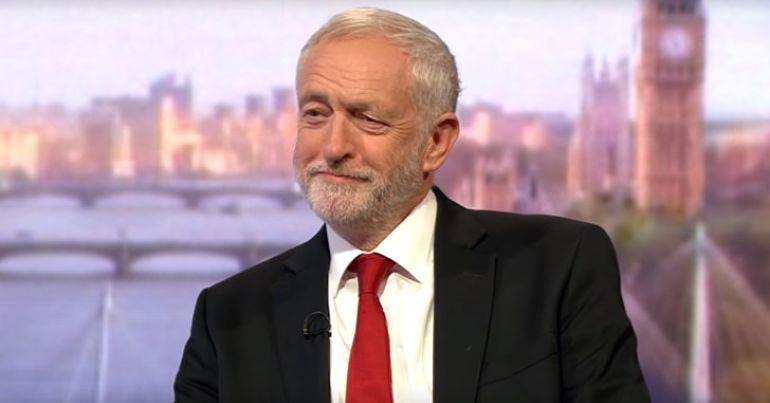 The Conservative Party has launched a bizarre and laughably hypocritical attack on Jeremy Corbyn’s principles:

People have been saying to me they are worried Jeremy Corbyn won’t stick to his promises.

We built a website to help you make up your own mind. Take the quiz 👇https://t.co/SHrwdJFS6l

Since the General Election in 2017, Jeremy Corbyn hasn’t said much about the promises he made.

Others think that he will just promise whatever people want to hear.

We’ve put some of his most popular promises in one place, so you can make up your mind.

The website then gives a series of Corbyn’s ‘promises’ followed by the option to state whether he has broken or kept his word.

“Given up the ghost”

Maybe the Tories hadn’t noticed, but Corbyn isn’t actually in government. This means it’s impossible to evaluate whether he will respect the EU referendum result or renew Trident.

Some people pointed out that the Conservatives seem to be preparing for opposition:

Asking will Jeremy Corbyn keep his promises is something you say in opposition. Nice to see you have given up the ghost.

Maybe Labour’s lead in the polls, coupled with the news that the Conservatives are increasingly relying on ‘zombie money’, has led them to throw in the towel:

Hypocrisy at its finest

People were also amazed that this government has the “gall” to criticise Corbyn, given its own record:

How the actual fuck do you have the gall to do this given the sheer number of u-turns you’ve made to your manifesto pledges? 😂
You are a joke of a Party! #ToriesOut

In 2017, the Mirror listed 20 promises that the Conservative-led government had broken from its 2015 manifesto. These included backtracking on protecting school funding and boosting mental health funding.

And people pointed out that Lewis himself has a chequered history when it comes to honouring his own personal commitments:

Lewis ignored a pairing agreement with Liberal Democrat MP Jo Swinson. Instead he voted in a crucial Brexit bill before later apologising. The Conservative chief whip claimed it was a “mistake”, despite evidence that he had instructed Lewis to defy pairing regulations.

Some argued that this hypocritical attack is synonymous with a party that has nothing to offer the country “except poverty and misery”:

I find it very disturbing that the Govt treat the opposition as if they are in Govt and the actual Govt acts like its the opposition.
You have nothing to offer the country except poverty and misery so you try to distract with rubbish like this. #EpicFail

Homelessness is continuing to rise, the country is heading for a catastrophic hard Brexit, and the government is facing a UN investigation into the effects of its austerity policies.

Yet the Conservatives are focusing on “petty websites”:

Please, focus on actually governing the UK not making petty websites or campaigns (*cough* love island bottle-gate *cough*) against the opposition. This is actually shameful.

The government has officially run out of ideas. Thankfully, it seems to be getting ready for life in opposition.