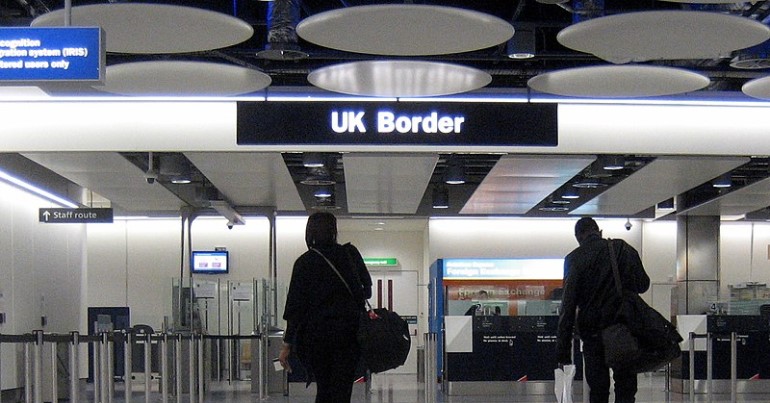 The government is not doing enough for refugees. After showing reluctance to allow any refugees fleeing Ukraine to come to the UK, there is finally a scheme in place, but it still falls extremely short of the mark. The French interior minister quite rightly accused the UK government of showing a “lack of humanity” towards Ukrainian refugees. He also warned that some refugees may try to cross the English channel by boat if they have no other options available.

The plan now in place is the Homes for Ukraine Scheme. However, this requires the sponsorship of refugees by British citizens. This is a wonderful step, but the government should take more responsibility for receiving and re-homing refugees – not just rely on the public to do its job for it.

Justice secretary Dominic Raab attempted to justify reports that 150 Ukrainian refugees had been turned away for not having correct visas. He stated that the government won’t “just open the door” because that would “undermine the popular support” for helping “the genuine refugees”. It’s unclear whether Raab thinks that some Ukrainians are not “genuine refugees” or is simply taking the opportunity to bash non-European refugees who also need help.

Denying entry to refugees or reducing their rights is also an issue of international law. The Nationality and Borders Bill has now made it’s way through the House of Lords and is awaiting votes on amendments in the House of Commons. The UN High Commissioner for Refugees (UNHCR) is urging the government not to overturn the removal of Clause 11, which would give most refugees a lower status and fewer benefits The UNHCR states that this would:

cause unnecessary suffering to refugees fleeing war and persecution

The alternative to allowing safe entry is already a well-documented tragedy. Entering the country via small boats is extremely dangerous. In 2021 alone, 44 people died or went missing attempting to cross the British Channel via boat. Other routes can be as equally deadly. In October 2019, 39 Vietnamese people died in a lorry in Essex. It’s our duty as a country to welcome and help those in need, not to turn the journey into a deadly gauntlet or to turn people away at the border.

We should remember that refugees are human beings – not just statistics or a commodity to put an arbitrary value on. They should be given a safe and welcoming space that respects their human rights and treats them humanely.

Not a new issue

Of course, resistance to immigration is not a new issue. The Windrush Scandal provides both current and historic evidence that migrants faced pushback for entering the country, as well as trying to remain here. When Windrush migrants arrived in 1948, politicians on both sides of the aisle in Britain reacted negatively. 11 Labour MPs wrote a letter to prime minister Clement Atlee stating their displeasure:

An influx of coloured people domiciled here is likely to impact the harmony, strength and cohesion of our public and social life and to cause discord and unhappiness among all concerned.

they have altogether a different standard of civilisation, to begin with.

Both reactions are xenophobic, but not a far cry from Tory statements in the last few years.

Unfortunately, fleeing war and persecution is, of course, not an issue unique to Ukraine. I spoke to Anwar, a refugee from Afghanistan, and asked him about his experience.

When asked how he travelled to the UK, Anwar said:

I came by a very difficult way… Iran first, then to Turkey, Bulgaria, Serbia, Hungary, Austria, Germany, France, then to England. I travelled through the borders via trucks, cars and a lot of walking. The chance of dying was 75%.

I asked Anwar how he was treated when he got to the UK border. He replied:

I was in a holding cell for 48 hours but still very well.

When asked if there was anything that would make his life in the UK better, he said:

Now that I am here, all I want is to be equal. I want to work and pay my own way. Make a family and live life.

His experience will parallel those coming from Ukraine. People have a high chance of injury or death en route to the Ukrainian border followed by travel through unfamiliar countries. The goal is also clearly the same. Refugees just want equal treatment, to be with their families, and to live life. However, they are not all treated the same:

Reporting of the Ukraine vs Afghanistan crisis pic.twitter.com/4RJxRjZeHU

Racism at the Borders

The unequal treatment is also visible between Ukrainian refugees. The majority of refugees evacuating Ukraine are white. But People of Colour are also trying to escape the conflict in Ukraine and have experienced racism and attacks trying to leave. And in Poland, for example, People of Colour are being attacked by white nationalists. The Canary has previously reported on the racism refugees face.

Meanwhile, refugees from Afghanistan or Syria are treated like a burden, and a problem to solve, with mention of military bases alluding to notions of invasion. By contrast, Ukrainian refugees are shown as desperate and worthy of help. This is an abhorrent comparison. Without international condemnation and attention, Ukrainian refugees would likely face the same media hostility as other refugees.

The government needs to consider the trauma that refugees have experienced en route as well as the situation that caused them to leave their home country in the first place. For Ukraine and many other countries, that situation is war. Instead of refusing entry to refugees, we should be respecting their human rights and giving them fair treatment and care.

We need to take note of the history of the hostile environment that has been created in the UK. We should be taking a stand against the ever-tougher measures imposed on those entering this country. And we must say enough is enough and have our voices heard by those in power. International law must be followed and the government must treat refugees like human beings.

Featured image via Danny Howard/Flickr cropped to 770 x 403 licensed under CC BY 2.0