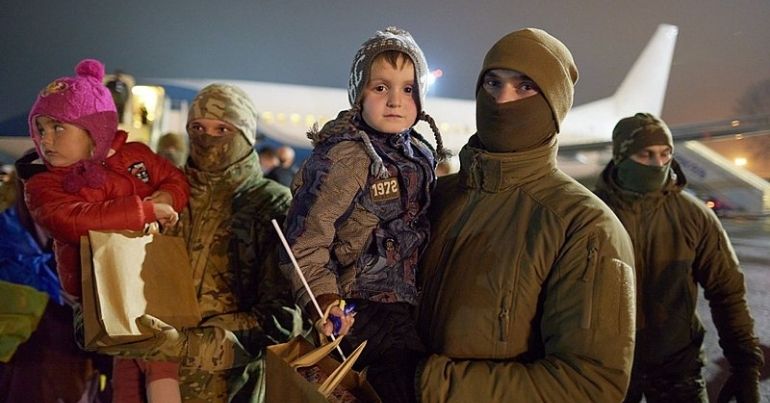 There are “two species” of refugee in Europe, philosopher Slavoj Žižek has warned. He was talking about a tweet – now deleted – from the government of his home country, Slovenia. The tweet attempted to draw a line between those fleeing the war in Ukraine from those who were fleeing wars in other parts of the world.

After an outcry, the tweet was quickly deleted, but the obscene truth was out: Europe must defend itself from non-Europe.

The evidence suggests this problem extends much wider, and goes much deeper, than just individual governments.

Slovenia’s was just one – very open – example of a wider problem. Ukrainian refugees fleeing the criminal Russian invasion deserve our solidarity. So do Afghans, Iraqis, Yemenis, and Palestinians. The only fundamental difference between them is their place in a made-up racial hierarchy. And that is deplorable.

As one Twitter user pointed out on 3 March, it’s possible to have solidarity with more than one group of people at the same time:

I think whilst the appalling situation with Ukraine continues, as we see the unveiling of racism and bias rearing their heads as the UK (particularly) focuses on the white 'civilised' victims of war, that those refugees who remain unsupported STILL NEED SUPPORTING. 🧡

Another was one of many sharing compilations of racist takes in the mainstream media:

People in #Ukraine are dying, have lost their homes, possessions & are fleeing as refugees.

In most cases these involved a level of surprise that war had come to “relatively civilised” country, not a place like Iraq or North Africa. Places we can only assume are ‘uncivilised’.

Little connection was made in these commentaries as to exactly why somewhere like Iraq, for example, has experienced years of war and violence. Did war magically appear in the Middle East? Or could it be connected to the US-led invasion in 2003? Or the centuries of colonialism beforehand?

There seems to be no space to look at this vital context in the mainstream commentary on Ukraine.

Žižek wasn’t the only scholar pointing out this contradiction. Professor of Middle East Studies Ziad Majed said the “magnificent solidarity and humanism” shown toward Ukrainians was vastly different to the “dehumanization of refugees from the Middle East”.

When you hear certain comments talking about ‘people like us’ it suggests that those who come from Syria, Iraq, Afghanistan or Africa are not.

The Arab and Middle East Journalist’s Association (AMEJA) also condemned the double standard. It listed many examples, including those in the viral video above:

AMEJA condemns and categorically rejects orientalist [racist against Asian people] and racist implications that any population or country is ‘uncivilized’ or bears economic factors that make it worthy of conflict.

AMEJA said these kinds of comment spoke to a deeper problem in Western media:

This type of commentary reflects the pervasive mentality in Western journalism of normalizing tragedy in parts of the world such as the Middle East, Africa, South Asia, and Latin America.

The outpourings of concern for refugees from Ukraine are justified and welcome. Russia’s illegal invasion, as Noam Chomsky has pointed out, is a war crime akin to the US invasion of Iraq and Hitler’s invasion of Poland in 1939:

Noam Chomsky on the Ukraine war:

‘The most crucial [fact] is that the Russian invasion of Ukraine is a major war crime, ranking alongside the U.S. invasion of Iraq and the Hitler-Stalin invasion of Poland in 1939, to take only two salient examples.’https://t.co/50P4GioOmi

For those of us who’ve opposed wars and supported refugees for longer than a week, our job is to point out that putting a flag in your profile picture isn’t enough. Because every refugee is worthy of our support, and all wars of aggression should be opposed.