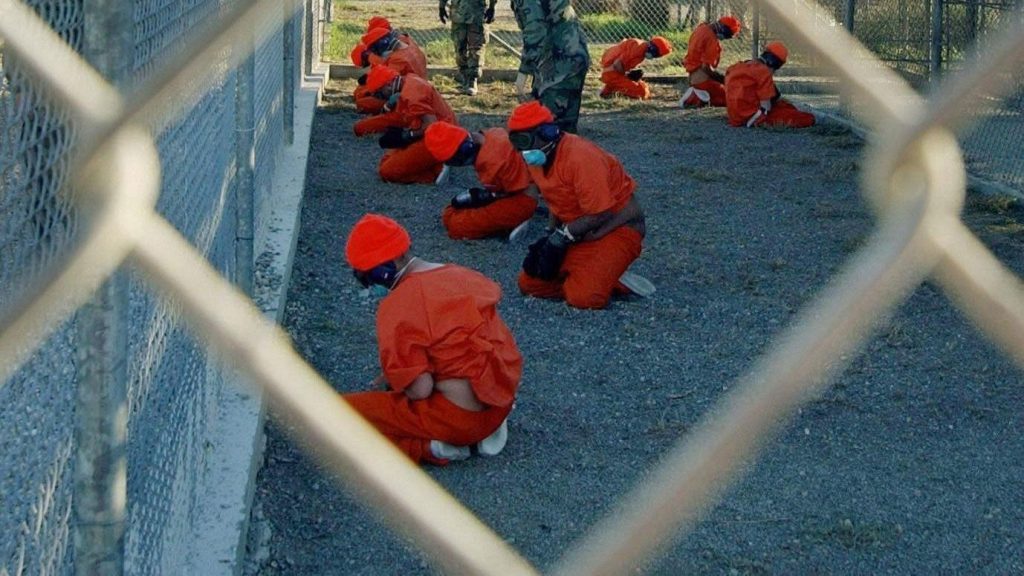 The US must close the Guantanamo Bay detention camp because it is making a mockery of the rule of law and human rights, according to a former detainee.

Mohamedou Ould Slahi spent 14 years incarcerated without trial. US authorities accused him of involvement in planning the September 11 atrocities.

Slahi arrived in Guantanamo Bay in 2002 after secret rendition through Jordan and Afghanistan. He was then subjected to torture, including assault, being blasted with heavy metal music and strobe lighting and deprived of sleep for 70 days.

Slahi, 51, detailed his experiences in his book, Guantanamo Diary. The book, published in 2015, remains the first and only memoir by a still-imprisoned detainee.

His memoir was later turned into the film, The Mauritanian, starring Jodie Foster, Tahar Rahim and Benedict Cumberbatch.

He’s in the UK for a speaking tour to mark the 20th anniversary of Guantanamo Bay’s opening and to continue the campaign against torture.

Days after becoming US president, Barack Obama ordered the closure of Guantanamo Bay and removal of prisoners. But today it still remains open with around 40 held there.

Speaking ahead of the first event, at the University of Bristol, Slahi said he was not surprised the camp remained open. He said:

Of course, I can believe that it’s still open, it’s very painful, but from what I had seen, from what I have witnessed and, unfortunately, I say this with a broken heart, I’m not surprised

After 9/11 the US acted – at least when it came to certain ethnicities, like young Muslim men – acted as a fascist regime.

They said we didn’t deserve human rights, we don’t deserve due process and the government that is the executive power can decide everything – playing the judge, the jury and the executioner.

People always ask me what is the biggest casualty of 9/11, and I always say human rights and the rule of law.

I remember the director of intelligence who said it would not be closed. I said why and he said because the president does not know what he’s doing.

The deep state is much stronger and we hope and we pray because I think America deserves better than dictatorship.

Slahi was speaking at the event with US lawyer Nancy Hollander, who eventually secured his release, and Malcolm Evans, professor of public international law at the University of Bristol.

Hollander got involved in his case after being asked by another lawyer, who believed he was in Guantanamo Bay. She said:

I knew nothing about him. All I knew was that there were some allegations about 9/11 and that was it…

We went in, not knowing who we were meeting or what he would be like. We walked up to him and he hugged us.

He said, ‘My liberators’. It was an incredible moment, incredible and that’s how it started.

I never knew whether I’d get him released or not. We promised him that we would come to visit him as long as he was there, but we could never promise that he would leave because we didn’t know.

Hollander described as hypocrisy the US criticism of the Russian invasion of sovereign Ukraine. She said:

Well, it may be, and I have great sympathy for the Ukrainian people and what they’re going through and fear about where this could go.

The US is not innocent in this and has done exactly the same thing. I don’t think the US had any moral authority to begin with nor does it have any now.

The US uses human rights as a stick to beat countries it does not like.