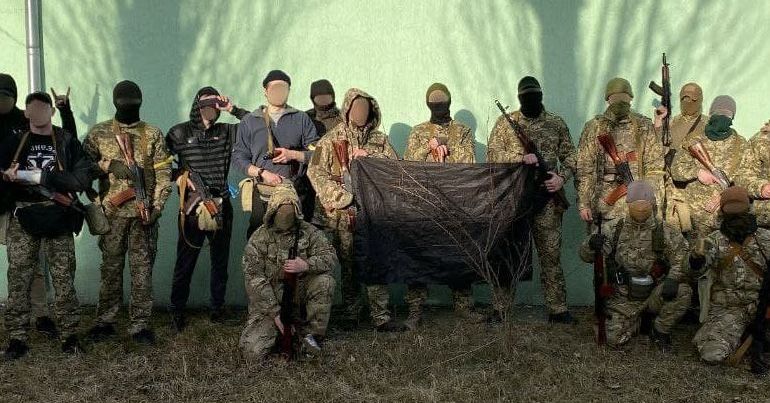 Russia’s invasion of Ukraine on 24 February has left many people feeling powerless. More than 1.7 million Ukrainian people have been forced to flee the country. And the United Nations has recorded at least 1,123 civilian casualties since since the conflict began, although it admits that figures may actually be much higher. Meanwhile, Ukraine’s State Emergency Service estimates that at least 2000 civilians have died.

On 5 March, the UN reported that at least 19 children had been killed and 31 injured. One of those killed was a schoolgirl called Polina who was shot dead on 5 March by Russian forces. Polina was in her final year at primary school. She was killed when Russian forces opened fire on her family car as they fled Kyiv. The previous day, an 18-month-old baby was killed in Mariupol.

For more on the devastation and suffering caused by the Russian invasion, you can read this article by Tom Coburg for The Canary.

Amid the destruction, people are busy organising resistance to the invasion as well as providing mutual aid to refugees, and they need our support. Anarchists in Ukraine are mobilising against the Russian invasion. They’re calling for international support and solidarity. An article published by Ukrainian anarchists on the CrimethInc website a few days before the Russian invasion started reads:

Anarchists are now trying to create horizontal grassroots ties in society, based on common interests, so that communities can address their own needs, including self-defense.

Ukrainian anarchists have now set-up their own international detachment to resist the Russian invasion.

But this isn’t the first time anarchists in Ukraine have organised themselves militarily. During the revolutionary war that followed the overthrow of the Russian monarchy, Nestor Makhno and other anarchists set up an independent peasant army. It grew to as many as 100,000 people. An anarchist revolution based on “village assemblies, communes and free soviets” developed in Ukraine, until the Maknovist army was finally tragically defeated by the Bolshevik Red Army in 1921.

Operation Solidarity is a new initiative supporting those displaced by the Russian attack. It’s also fundraising to support the armed resistance against the invasion. Support packs containing first aid kits and personal hygiene items – funded by international donations – are now ready to be sent to “comrades in the unit of the Territorial Defenсe Forces”.

The Operation Solidarity website – launched just after the invasion – reads:

We are supporters of horizontal society, solidarity and cooperation from different cities of Ukraine. Today we have united in the volunteer project [Operation Solidarity] in order to jointly help all healthy forces of society to counteract imperialist aggression against our country. We plan to collect humanitarian aid and fundraising in favor of territorial defense fighters and in support of all grassroots initiatives that unite people in confronting a common threat. We also plan to help refugees, host social events and spread the practices of equal decision-making and direct democracy.

Funds for tactical masks and radios

Anarchists in Ukraine are calling for international support to buy:

International solidarity is our weapon

There are many ways that you can organise to support the anti-authoritarian struggle against Russian imperialism in Ukraine from the UK. This could be through organising a fundraiser or awareness-raising event wherever you are, or sharing news about the struggle. You could also donate to Operation Solidarity. The people of Ukraine need our support. We need to show them that they are not alone.