What are the next steps in the Tory leadership race? - The Canary 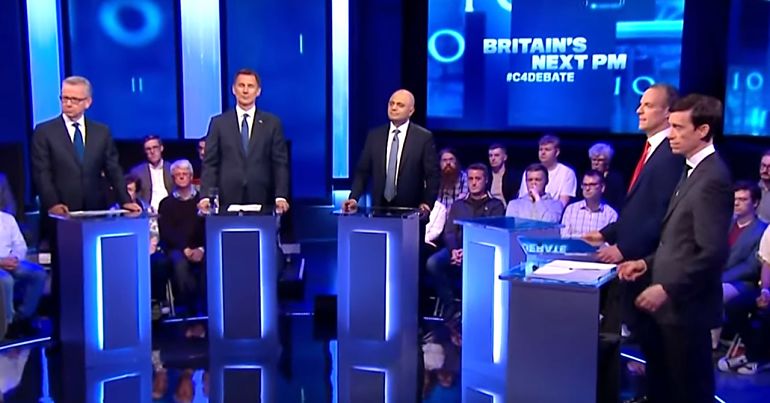 It is the start of a crunch week in the Tory leadership contest.

By Thursday we will know the final two candidates left in the race to become the UK’s next prime minister.

Here are some of the key dates coming up:

– Tuesday June 18 – Second ballot. Candidates need to secure 33 votes to continue in the contest – which could prove a struggle for Rory Stewart, who secured 19 votes in the first round, Sajid Javid, who got 23, and Dominic Raab, who got 27.

Front-runner Mr Johnson secured 114 votes in the first round and has picked up support from former rivals Matt Hancock and Esther McVey since then.

Jeremy Hunt, who secured 43 votes, and Michael Gove, who received 37, are leading the pack in the race to secure the second place on the ballot.

If all candidates pass the 33-vote threshold, the one with the lowest total will be eliminated.

At 8pm, Emily Maitlis will host a debate for the remaining contenders on BBC One.

– Wednesday June 19 – Third ballot, where the candidate with the fewest votes is eliminated.

– Thursday June 20 – The fourth and fifth ballots will continue until just two candidates remain. The backbench Conservative 1922 Committee – which is running the leadership contest – says it has provision for further ballots, but this is unlikely. The results will be announced at 1pm and 6pm respectively.

The party will aim for the hustings to take place in all 12 regions of the UK.

– Week commencing July 22 – A new leader will be announced following the ballot of 160,000 Conservative members.

Prime Minister Theresa May will then see the Queen to formally resign and the new leader will be invited to Buckingham Palace to form a government.